More known as the powerful rapper of the legendary girl group that opened the gates of K-Pop to the whole globe, Kim Yubin, otherwise known just as Yubin, has finally embarked on a solo career 10 years after her debut with the Wonder Girls. Starting anew, Yubin focused not only in creating her own music but also showing her different sides and strengths. Debuting as a solo artist with her first solo album “City Woman”, she is nothing but a confident “Lady” who will conquer the music scene.

Recommended for: WonderFuls (fans of Wonder Girls), those who are fond of retro music.

Not recommended for: Complete opposite of the above mention.

*The second track of the album, City Love, was deemed unfit for release due to copyright issues and was then pulled back by JYP Entertainment.

As mentioned above, the other song in the album will not be released so basically this review will only focus on the title and the only track left in the album. To maximize and do a more in-depth review of Yubin’s debut single, we will dissect it into different aspects: the concept, the song, the music video, the choreography,  and the overall impression.

The concept. If you thought retro in the K-Pop scene is dead upon the disbandment of the Wonder Girls, then Yubin is here to revive her group’s own legacy. It’s quite unexpected for Yubin to choose this type of concept given that she is a rapper of Wonder Girls, and retro songs tend to focus less on rap. As we can witness, Yubin did not just use retro as a concept but rather, the whole thing revolved around it. You can be enlightened more about this point as you read the further aspects. 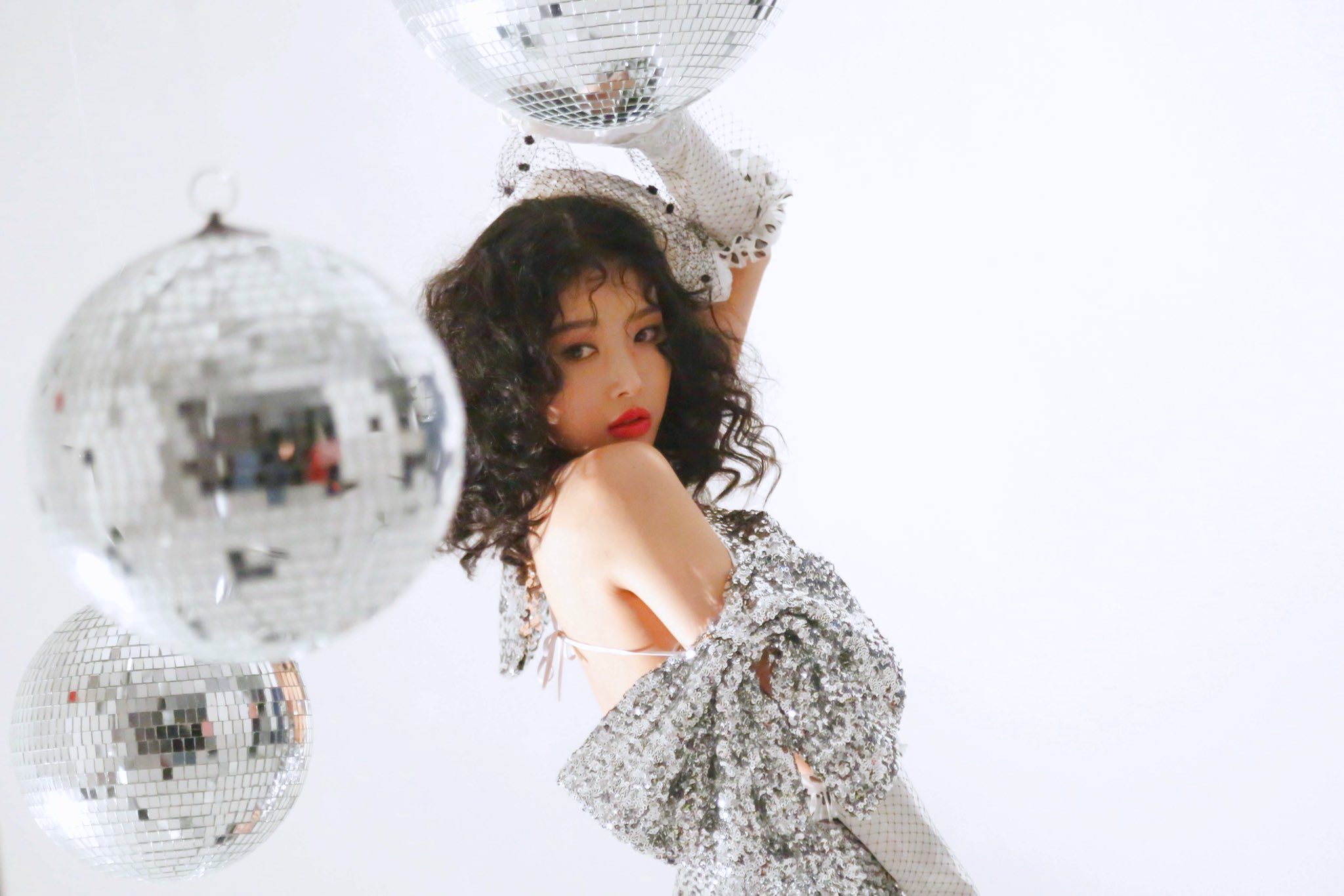 The song. Yubin is known not only for being a member of the Wonder Girls, but also for her exquisite talent in rap. Previously, she made huge buzz for joining Mnet’s “Unpretty Rapstar” and doing quite well during her stay at the show. Judging by these evidences, we can almost assume without guilt that Yubin will have a song that will further express her talent in the hip-hop scene. However, that did not become the case. Moreover, in her debut song “Lady”, there is literally no rap at all. Don’t worry though, Yubin is as great as a singer. As a matter of fact, I can compare her voice to a precious rare jewel due to its elegant sound.

“Lady” is song that utilizes “city-pop” as its main genre. It is reminiscent of the 80’s synth-driven retro tracks frequently played at parties, clubs, and is often danced to. While Wonder Girls’ last title track (sans “Draw Me”), “Why So Lonely?” tend to incline more on to the reggae, their last full retro song is “I Feel You” and I must say, “Lady” stomps on to the former in terms of being more…. retro…. in the sense that if you play these songs in the 1980’s, “Lady” will be more well received.

The “nanananana” part is really catchy and is repetitive but not for the worse. As a matter of fact, it’s like the magnetic force that will pull you into liking the song. Which is then quite unfortunate, because if that is considered the part that is supposed to bring in listeners, it doesn’t have quite that spice. The only flaw of the song is its lack of exciting parts that will act like a road bump to liven up the mood. I am not quite knowledgeable of retro music (mainly since I was not yet manufactured during its uprising) but we are currently in 2018, and “Lady” does not have that punch, which I find dismaying (but that is just me nitpicking) because everything is amazing. Maybe a rap part in the middle of the song or bridge could have kicked it down a little more. 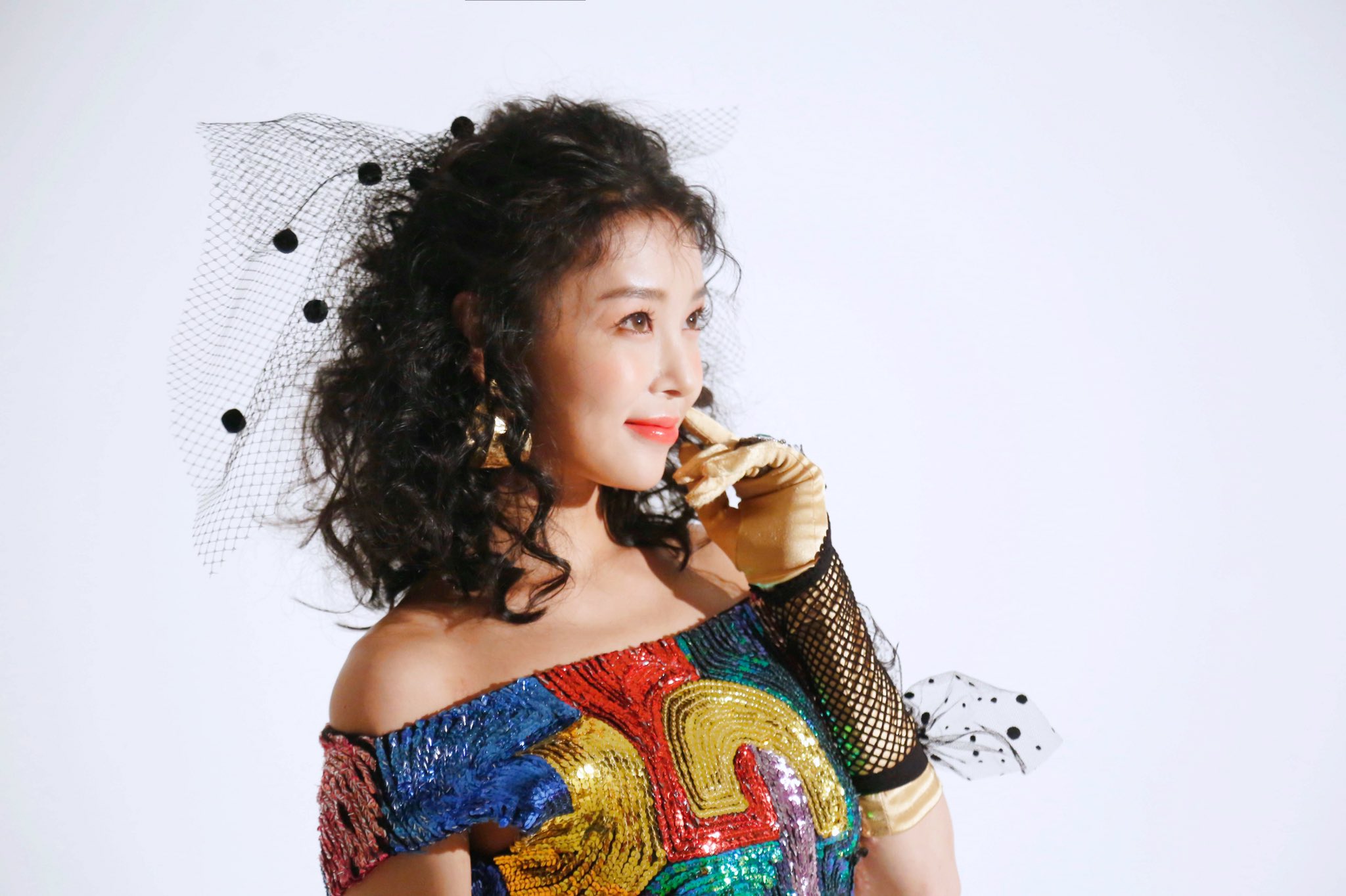 The music video. There’s actually nothing much about the music video. It focused on 80’s retro aesthetic including the setting, props, clothing, makeup, and even the filters used ian the entire video. There isn’t much regarding a storyline since it just shows different cuts of Yubin as a “city woman”. There are also some parts that showcased the choreography of “Lady”.

The choreography. As for the choreography, I really love it. These days in the K-Pop scene, you have to either make it really difficult to gain praise for synchronization and skill or make it easy-to-do so that the public can follow the steps along with the singer. Keeping the concept, the choreography of “Lady” is extremely polished down to the core. To keep more vibrance on the stage, Yubin is accompanied by back-up dancers.

Overall impression. Although I felt as if “Lady” lacked something, it’s too little a detail to bring everything down. All aspects of this solo debut are definitely exceptional.