REVIEW | Get to Know Interactivity in VNs with Seiyuu Danshi

Meyaoi Games brings something new to the table – experience foreplay, pick your preferred roles, use kinky costumes and more in Seiyuu Danshi!

Disclaimer: The content being reviewed is only fit for audiences over 18 years of age.

On February 3rd, 2016, a Kickstarter for Seiyuu Danshi was started by developer Meyaoi Games. The description of the game promised a unique and interactive experience with a vast amount of content. Backers quickly saw the immense potential in the project – thus, Seiyuu Danshi was successfully funded in less than 10 hours.

Seiyuu Danshi is now a finished product, although partial voice acting will be added as a free patch in December. The game has received overwhelmingly positive reception from its fans throughout its first month, and the developer has been working hard to consistently release updates fixing bugs or offer options to improve replayability. Meyaoi Games has implemented so much hidden content that it’s been difficult for fans to write a detailed guide on how to unlock everything Seiyuu Danshi has to offer.

Of course, upon seeing such a promising product, I couldn’t resist the urge to finally try it out myself. I must admit that despite the fact that I didn’t participate in the Kickstarter campaign, I did find out about the project a bit later and tried to stay up-to-date with Meyaoi’s Twitter updates as best as I could. Seeing the developer’s efforts throughout the years has been an amazing journey! 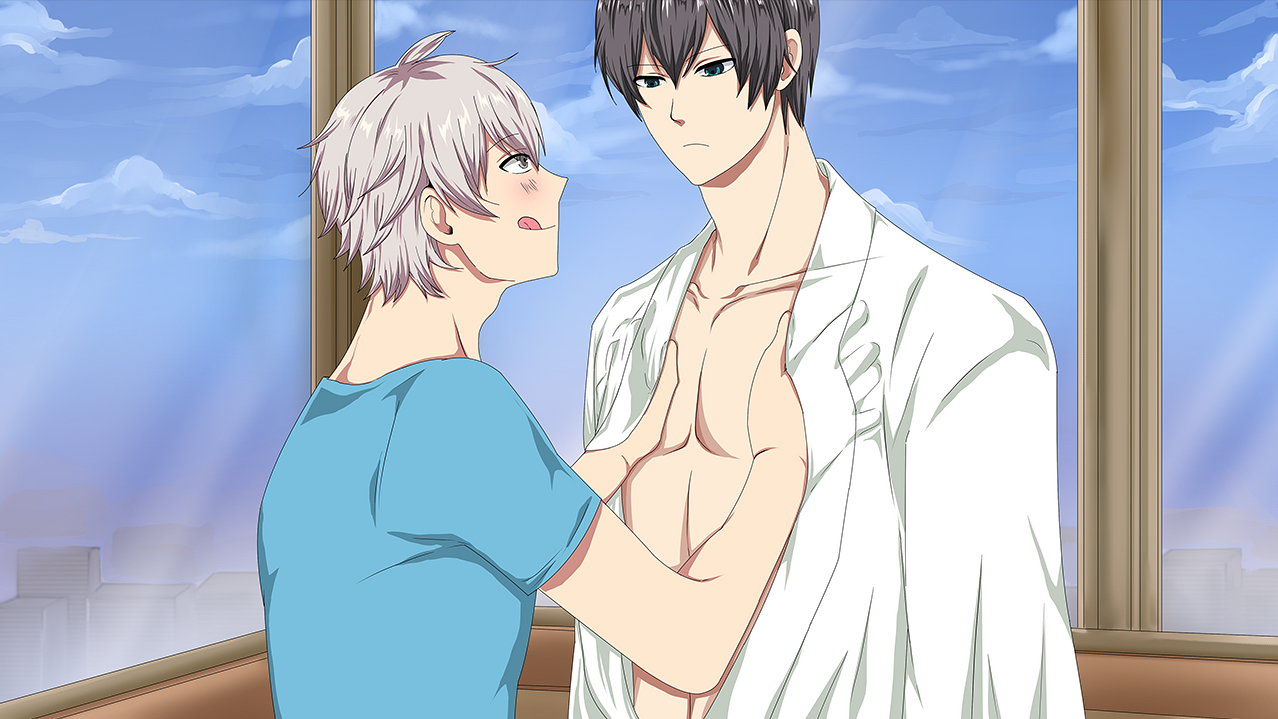 Seiyuu Danshi starts off with five love interests, but it’s possible to unlock two secret romance routes. The initial romanceable cast consists of Toru, Toshiyuki, Shuu, Shiiba, and Hikaru. Despite how loveable all the guys were, Haato, the main character, was the one that truly stole my heart. Although the likable love interests play a big part in the enjoyment of the game, Haato’s role as a refreshing, relatable and incredibly funny main character was what made Seiyuu Danshi endlessly fun. Main characters are supremely important as they are with you for the entirety of the game. No matter the situation, Haato lightens the atmosphere and is just generally a ray of sunshine. He is the perfect addition to Seiyuu Danshi.

The story is light-hearted and fun – unlike in other visual novels, the game doesn’t end as soon as the main character gets together with one of the guys. Rather, the fun begins once they start dating. The development of the routes can be divided into two: first, you get to know and befriend each character. You see Haato grow closer to the love interest of your choice. The progression can be unlocked by taking the guys on dates during the weekends, and by visiting them during weekdays.

Eventually, the guy will develop a crush on you. After this, the awaited confession happens and Haato begins dating the character. The dating phase unlocks new events, dates, and the +18 content. 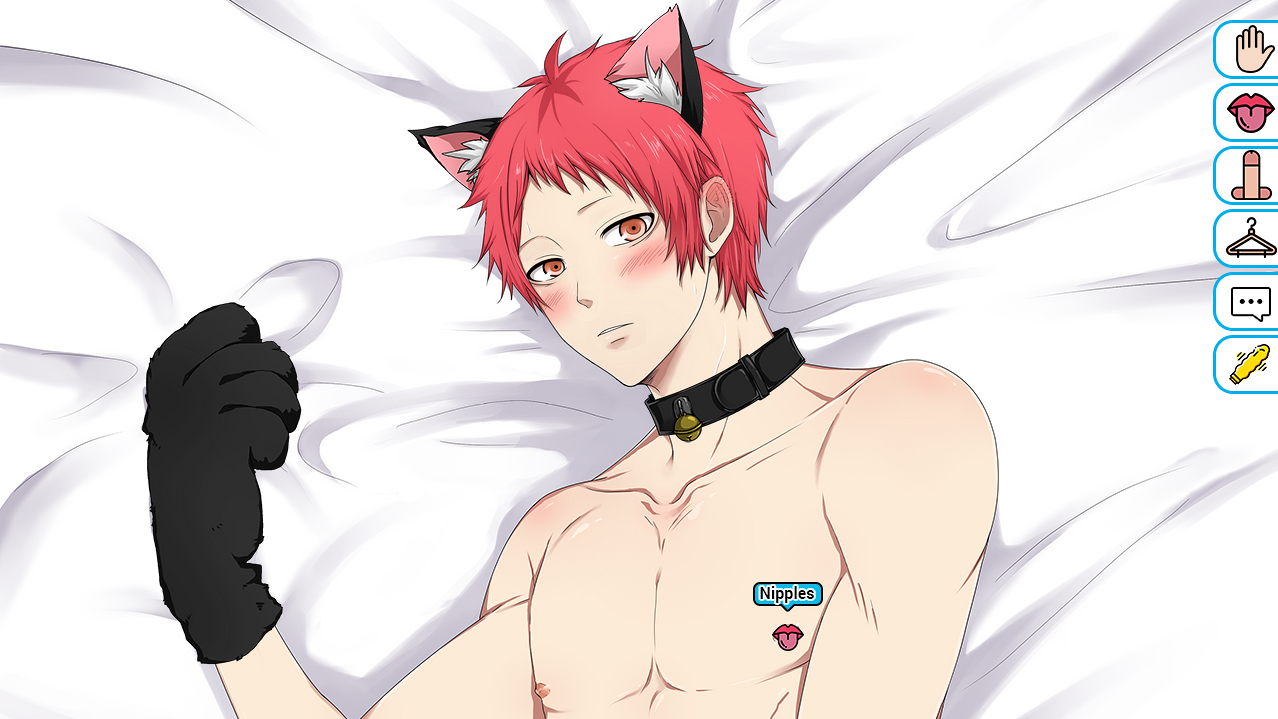 If Haato is already dating someone, there will be an option to take them to a love hotel following a date. Seiyuu Danshi lets you participate in the action: get the guys prepped up for sex through foreplay, and then choose the approach you want to take during intercourse. Maybe you want to be a dominant top? Or maybe you would rather be a submissive top. Or… for some reason, you could choose to be a bottom.

A great aspect about Seiyuu Danshi, in contrast to your typical Japanese VNs, is that there’s a great emphasis on consent. You won’t find rape nor cheating in the game, so no, there’s nothing disgusting to make you dislike the game. There is a flashback of a non-consensual kiss that happened before the game, but that’s it.

The game has a stat-raising system fundamental to the story. Haato’s main goal is to win the Seiyuu Award at the end of the year, so you have to consistently improve your voice acting skills to take on new roles that will make Haato’s popularity grow. Most characters require that you win this award, however, you need to lose it for one of the two secret love interests.

The art is nice, even if the extended timeframe the CGs were worked on is noticeable because of the artist’s improvement from CG to CG. Basically… the quality is a bit inconsistent, but all things considered, I wouldn’t call any of the illustrations bad. I especially liked the CGs that aren’t necessarily acquired through a date. For example, ahem, the +18 illustrations that are incorporated in the story rather than in just a sex scene.

The chibi animations are a great addition to the foreplay mode. They serve as a fair replacement for drawing every single thing that happens during a sex scenario.

The music is the standard quality for any visual novel. There’s nothing worth noting in the soundtrack, but it’s not an increasingly repetitive and unnerving loop like in other games. 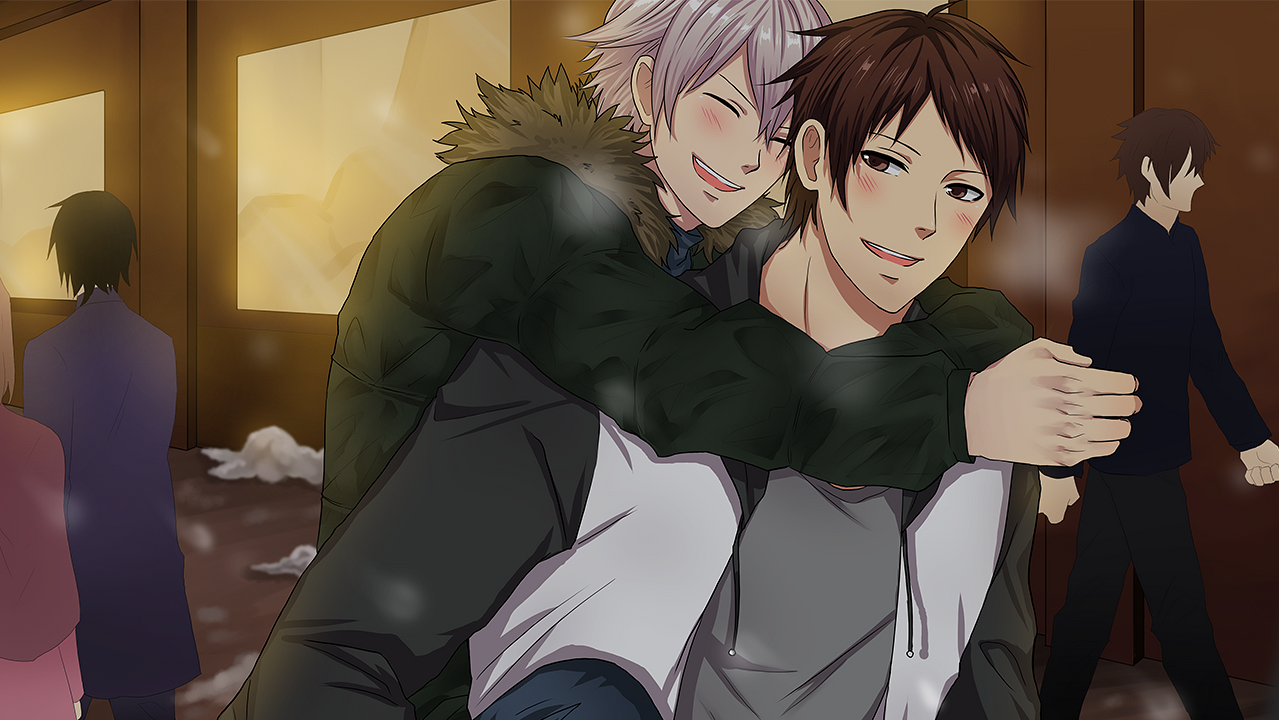 Seiyuu Danshi’s promotion focused a lot on the interactivity the player would have in-game. It definitely lived up to expectations: you won’t find yourself running out of stuff to do. There are side-quests, events, +18 unlockables, underwear variants, and room customization options, among other things. The game is full of comedy and the relationship development between Haato and his boyfriend is very enjoyable and heart-warming. The mix of a realistic setting and a relatable cast makes for a fun and down-to-earth experience.

Seiyuu Danshi is so unique that it will certainly serve as inspiration for future western visual novels. I’ve never seen anything like the foreplay system. Hopefully, other developers will take a similar approach to increase player interactivity in-game.

Seiyuu Danshi is a highly interactive visual novel with the perfect balance between comedy and romance. The characters are likable and relatable, and the stat-raising is easy to get the hang of after your first playthrough. The developer is actively browsing player feedback and working on updates to improve the game, and partial voice acting will soon be available to further enhance player immersion. Highly recommended for fans of the dating sim/BL genres.