An anime unlike ever before.
Genre – Drama, Fantasy, Shoujo, Psychological
Length – 39 Episodes
Run – Apr 2, 1997 to Dec 24, 1997
Animation Production – J.C. Staff, TV Tokyo, The Right Stuf International, Central Park Media
Simply put, an anime like this is one of a kind. You thought Neon Genesis Evangelion was off the wall and weird? Then consider Revolutionary Girl Utena its Yuri/Yaoi looking counterpart. Let us start by giving a fair warning when watching this anime; it is a complete mind juggler. There is an abundance of homosexual insinuation and a minor case of incest; yes, I said incest (true Anime fans will not find this weird). Typical Otaku thought makes you think you have the plot down by watching the first 2-3 episodes, but trust me when I say there is much more to the story so stick with me. 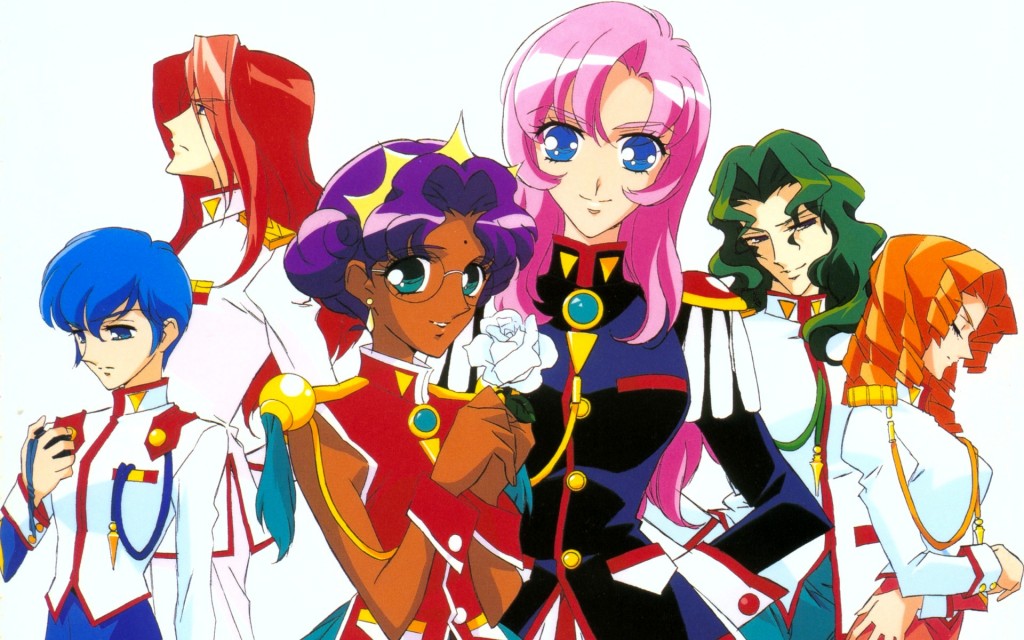 A cast of characters you will never forget.

Let us begin with the characters. Each character has their own time to shine and I say that literally. Minor characters, main characters, supporting characters, all have some of their own screen time. One factor that annoyed me throughout the series was that some characters have their story retold throughout the show with some minor details added in every once in a while. Repetition is good but the way this show handled it was a bit much. There is also a strong sense of hardship with each characters story. Watching how and why some of these characters suffer is important for this Anime to make some sense, especially around the middle of the series. With that said let us move on to the two main characters. Utena Tenjou is very easy to read. She is obsessed with finding the prince that saved her during her childhood. Utena was so moved by him that she vowed to become a prince herself, going as far as dressing in boy’s uniform. Utena is kind, funny, and willing to help anyone in need. Her role increases greatly as she starts to fend off those who are after the Rose Bride. Anthy Himemiya is the other main character in the series. Seemingly docile and frail, she is the Rose Bride. Utena as well as members of the student council of Ohtori Academy bearing the rose crest fight in duels above the school in an isolated arena for Anthy. The goal is for Anthy to be their bride and “revolutionize the world”. Expect many “wtf” moments watching Anthy’s character progress throughout the series. 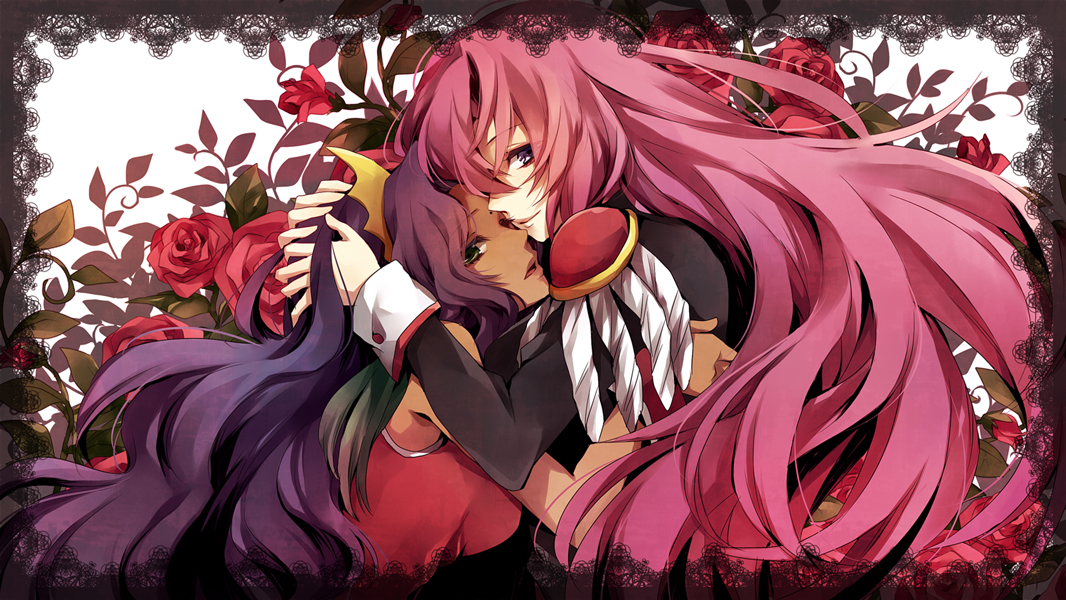 Anthy and Utena have quite the friendship…

Moving on to the Anime itself, there is much symbolism in this anime. Some symbolism used in this series is just random while others rather make sense, and others are obvious for the trained eye. The art is unique; I have not seen another Anime with such art style. Randomly placed staircases that touch the sky and buildings intertwining with each other are all typical of Revolutionary Girl Utena. Ohtori Academy, where the story takes place, is best described as a boarding school built by excellent French/Japanese (Frapanese?) architects with a rose flower obsession. Every building seems to have a ground-level arcade overlooking grass. There are even stained-glass windows opposite the lockers. This architectural inventiveness was amazing to look at; no freeways, no fluorescent lights. Utena offered a welcome relief to the air-conditioned nightmare of suburban life. Thinking back on it, I think I would like to go a school like that.

I very much enjoyed this Anime. It is very original and epic in its own way. Most Anime series these days will never achieve the groundbreaking “weirdness” that is Revolutionary Girl Utena. As I say that I realize it has some flaws, no Anime is perfect after all. You will most probably tend to skip the beginning of the fights, and the annoying female drama actors behind the rose wall shown in every other episode. Many scenes are repetitive and are replayed throughout the entire series. The soundtrack (aside from the OP & ED) is nothing special.

Other than that, I really think more people should watch this Anime and share their thoughts. It really is a good watch once you get the rhythm of it.

Note: Females please be aware that there are many Bishies in this anime~