Taking a Look at the Economics of Korea’s Media Industry

by arcticmoss
in Editorials, Korean Entertainment
2

Practically all media we consume is created by massive corporations with for-profit interest. This is a creepy fact to realize, considering how much media we consume every day. Whether it’s the daily news or escapist entertainment, companies are doing their best to get your money. It’s important to ask: who owns the media?

The major media companies in South Korea that I will be focusing on are CJ E&M, Loen, SM, and YG. These media companies own vast portfolios of products and delivery systems of those products. Because most products carry a distinct name, rather than the label of the corporate owner, most K-pop fans are unaware that a large number of entertainment companies are actually owned by a single corporation. For example, not only does CJ E&M produce its own artists, it also has subsidiaries that include Jellyfish, AOMG, and FNC.

In order to demonstrate just how concentrated the Korean music industry is, I took a look at the Melon Top 100 from late March. For each song, I documented the record labels that produced the album, whether the record labels were subsidiaries of one of the Top 4 companies (and to which company they corresponded), and the company that distributed the song. You can take a look at the spreadsheet here.

The impact of conglomeration is easy to see in the K-pop products we consume. For example, companies will often promote products in other products. So for example, a book publishing company is more likely to make books that can be made into movies, because the publishing company is in the same corporation as the movie production company. This can be seen in K-pop as well. Take for example SM’s music videos. Oftentimes the music videos that are meant to promote one group often cross-promote other products.

In the Girls’ Generation TTS music video for “Dear Santa,” you can see the effects of conglomeration very clearly. 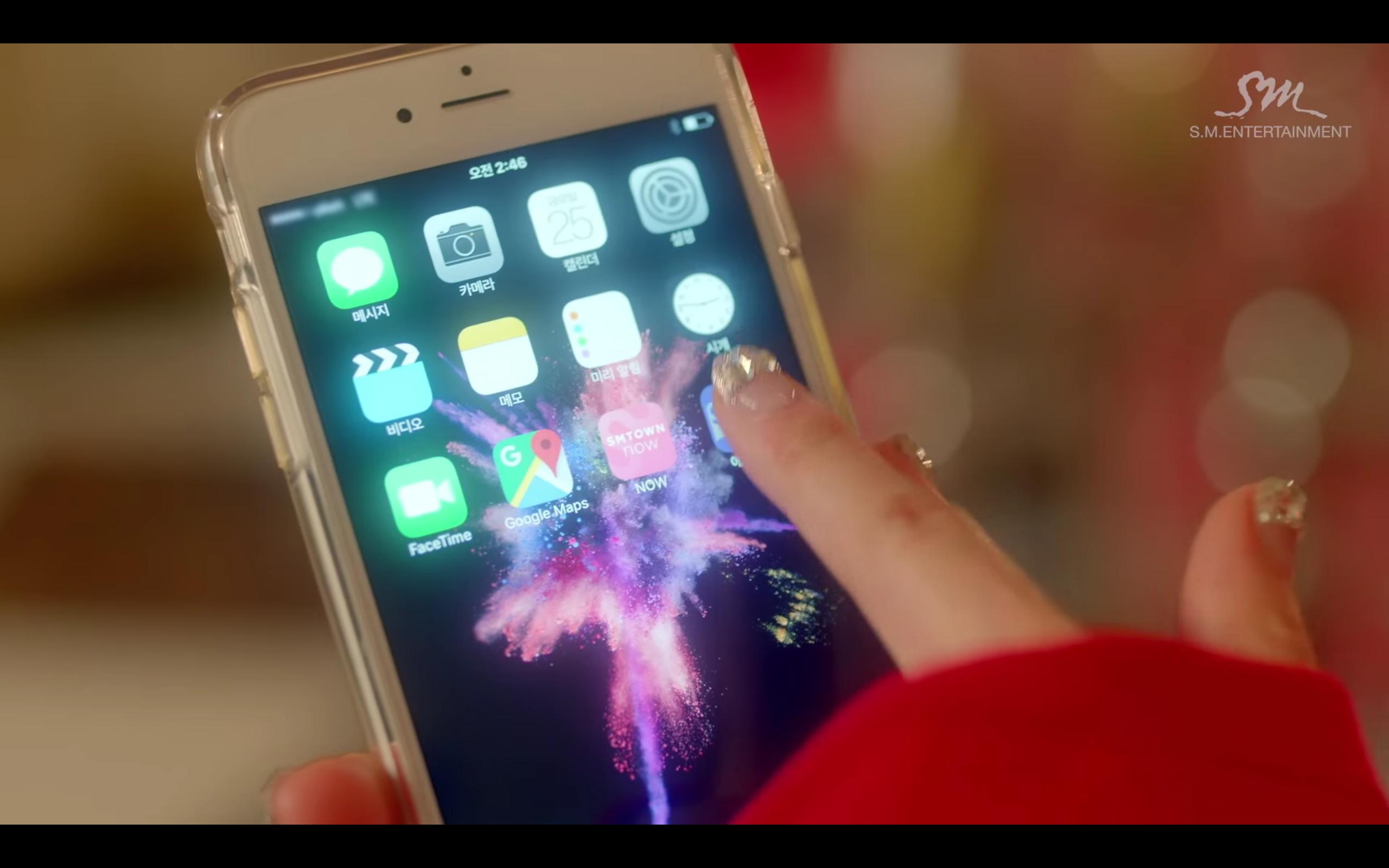 In the video, the girls are happily enjoying the Christmas time, when Seohyun opens her phone out to take pictures with SM’s new app “Everyshot.” SM is clearly trying to kill two birds with one stone, and so they include product placement.

Another good example of this phenomenon is Mnet survival shows. Many of the shows programmed on Mnet come from idols in the CJ group: these include idols from Starship, Jellyfish, and FNC. The controversy involving the Jellyfish girls in Produce 101, while it has both sides, ultimately has a hint of truth to it. By editing the Jellyfish girls in a positive light, Mnet not only could control whether they made the show or not, but also how the girls would be seen in the future by the public. All of this is possible through cross-promotion of products.

Nothing I’m saying should really be shocking. After all, we see the effects of product placement all the time. But, I think a lot of K-pop fans are not aware of how concentrated the industry is. Economics shapes a lot of how we see media, and it is important to be aware of that.