The National Producers have spoken. Here are the twelve Produce 48 hopefuls that made it to IZONE!

Last last Friday, the final episode of the Produce franchise’s third season, Produce 48, finally aired along with the reveal of the lineup of the final debut group. The Top 12 will be going debut as IZONE (stylized as IZ*ONE) in which the IZ stands for their number, 12, and ONE as it is read meaning twelve girls as one. There are very unexpected twists and turns but sure enough, everyone who got in deserves their debut spot. Here are the members of IZONE as mandated by the National Producers’ votes. 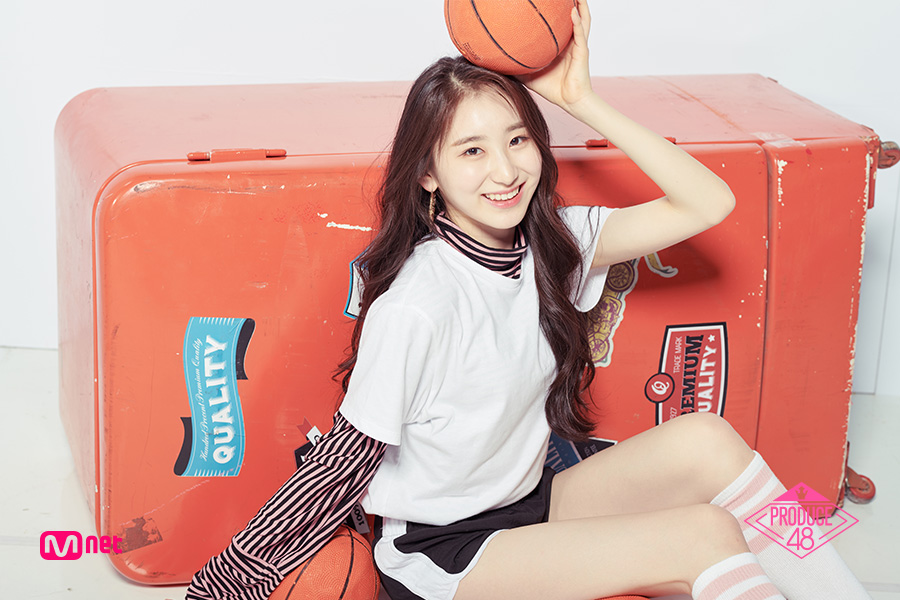 Chaeyeon is known to be one of the most well-rounded trainees in the show. She is not only an amazing dancer but is also a good singer. Back in 2015, she took her chances to debut as was part of JYP’s survival show ‘Sixteen’ which then created Twice. She then moved to WM Entertainment and auditioned for Produce 48 with two fellow trainees. Though her rank is the lowest, the Top 12 placer was announced the latest and it was between her, AKB48’s Miyazaki Miho, Pledis’ Lee Gaeun, and Cube’s Han Chowon. 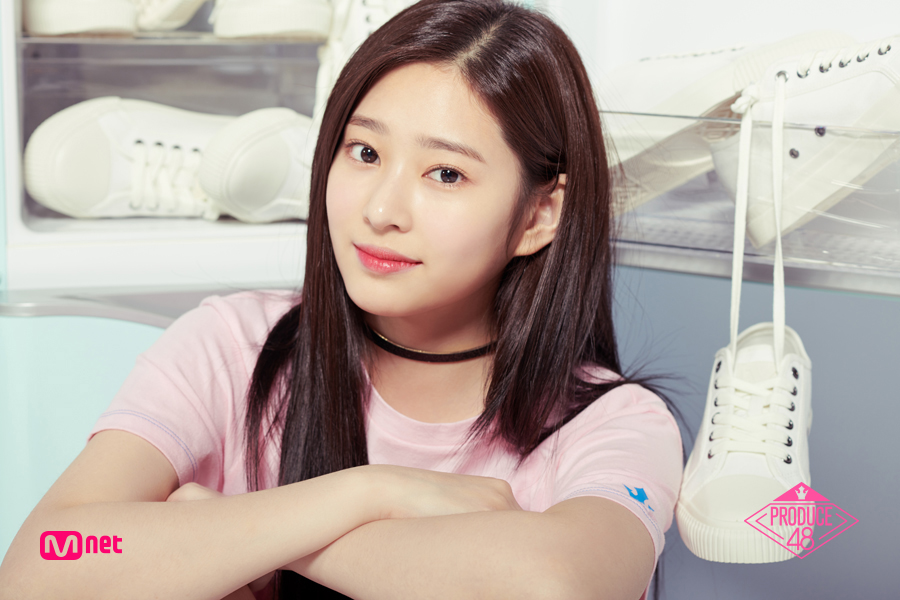 Throughout the show, we were able to see the growth and improvement of this IZONE member. Minjoo may be known for her gorgeous looks that some say are similar to Twice’s Tzuyu, but she is talented in other ways as well. Though she was a little unconfident in her skills during the earlier episodes, she progressively gained self-esteem in her skills. When the trainees were asked to pick the ‘Top Visual Center’, Minjoo placed second only after Yuehua’s Wang Yiren. 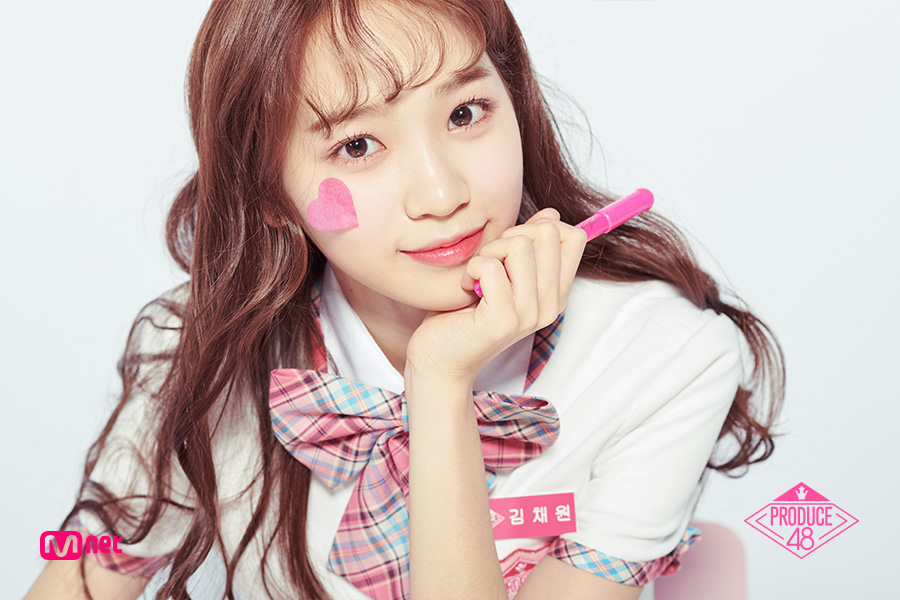 Would you believe that the first (and only) time Chaewon placed inside the Top 12 happened to be during the finals? Prior to placing 10th, she was at 19th and was almost eliminated during the third eliminations. Known for her ‘fairy’ looks, Chaewon is also an amazing singer. During the position evaluations, she was the leader of the Into The New World team and despite having popular contenders HKT48’s Yabuki Nako and Pledis’ Heo Yunjin, she managed to grab the #1 spot. She is expected to be one of the lead vocalists in IZONE. 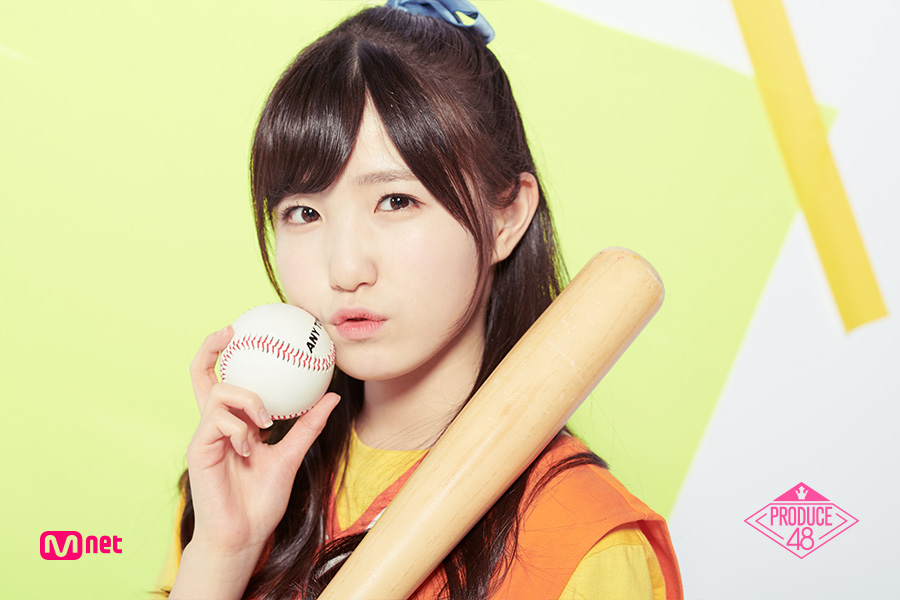 Before the finals, for transparency’s sake, I was wondering… What can Hitomi even contribute if she ended up in IZONE? However, while watching the performance of “We Together”, I realized she is a good dancer and is not bad at singing. Hitomi is also very pretty and has a very adorable smile! Surprisingly, she is the only member of AKB48 that made it in the Top 12.

Coincidentally, the 8D Creative trainee ended up in 8th place of Produce 48. I guess we should call this the ‘8Ception’. Kidding aside, I have noticed a lot of hate comments from fans of those who did not make it targetting Hyewon. They call her undeserving and many other insults which is all non-sense stupidity coming from them just because their faves did not make it. Hyewon has one of the biggest growth in the show and is essentially the only IZONE member after the position of rapper. She knows she is lacking in skill but throughout the show, she honed her skills and worked harder. 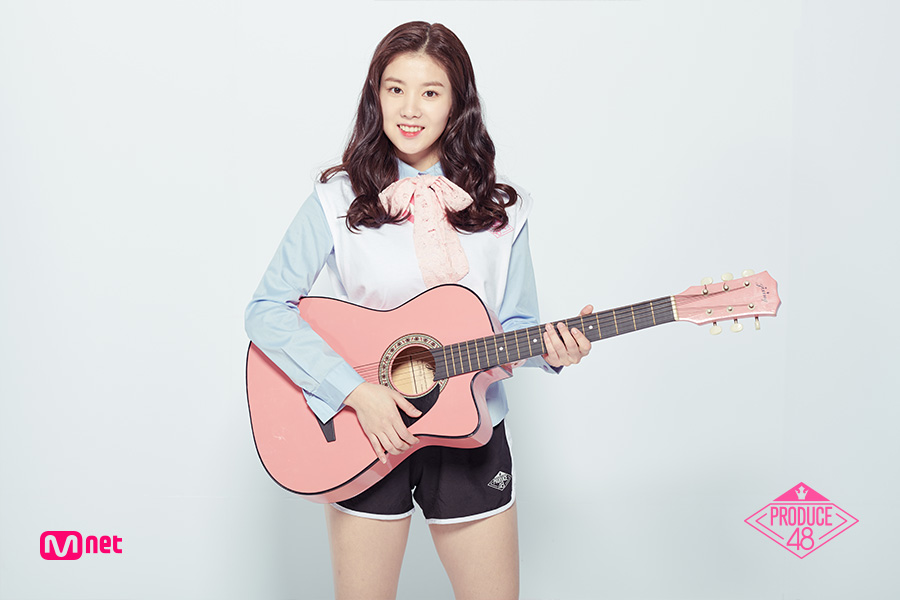 Talk about a jack of all trades. A complete package. A smorgasbord. A human reincarnation of talent. YES. That is a Kwon Eunbi. She is definitely one of the most talented trainees the Produce franchise ever had. From her extraordinary visuals, her powerful dancing, her superb vocals, her rap, to her effective leadership, Eunbi surely is a member IZONE definitely needed. Should there be two main vocalists in IZONE, she could share the throne with our 3rd placer. Eunbi is also the eldest member of the group, so following Wanna One and IOI’s patterns, she will be the leader of IZONE. 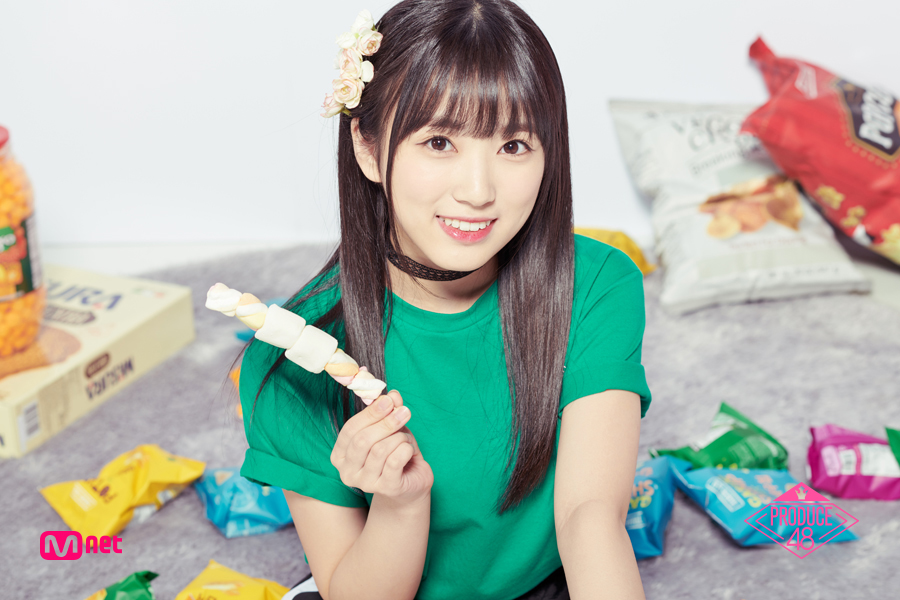 Here we have the pocket-sized angel of Produce 48, the one and only Nako! She gained attention for her cute looks as well as for being the main vocalist of “Love Whisper” group one during the group evaluations. Nako gained more praise for generously giving Pledis’ Heo Yunjin the main vocalist position during the “Into The New World” performance. On the 8th episode, she was a contender for first place but ended up in second after Starship’s Jang Wonyoung. 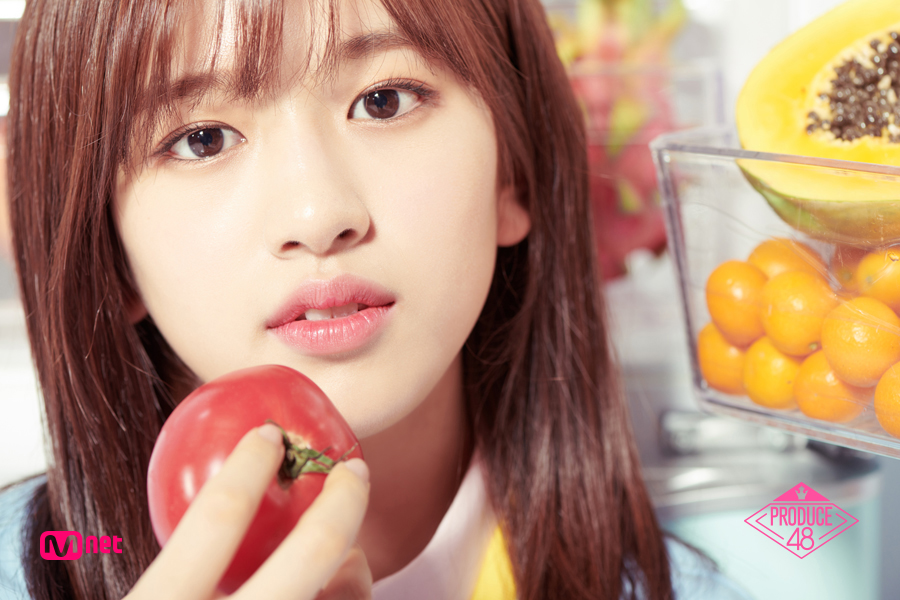 Another well-rounded trainee is Ahn Yujin. Aside from being a great dancer, she is also a good singer and during the group evaluations, she also challenged in rap. In the first four episodes, she constantly placed second in the rankings only behind HKT48’s Miyawaki Sakura and Pledis’ Lee Gaeun. She dropped out of the Top 12 on the episode before the finals but fortunately still managed to debut. 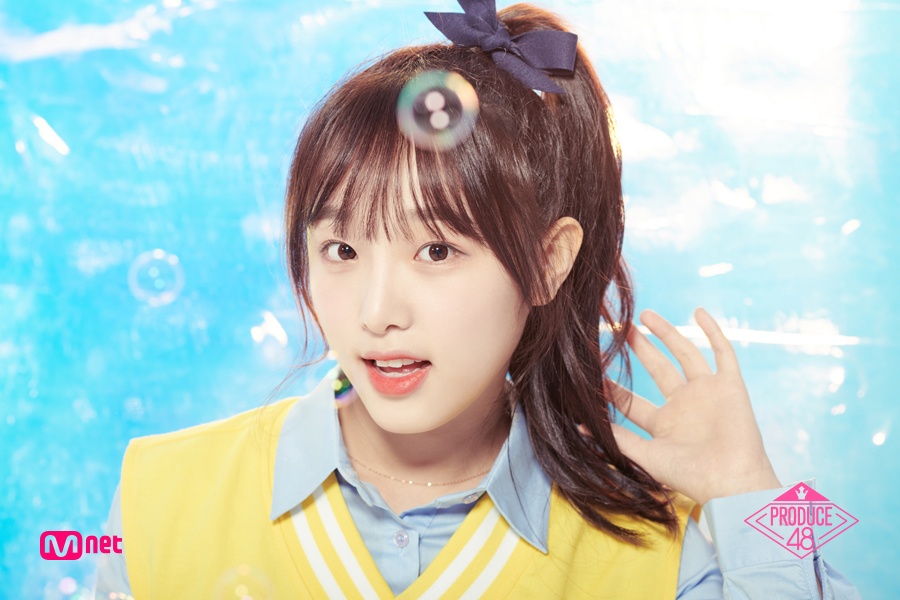 I really don’t understand it when people say IZONE is full of ‘talentless’ members, like we’re only on the fourth placer but there has already been a lot of talented people already. And here we have another talented all-rounder, Choi Yena. She once became the main vocalist during “Very Very Very” group 1’s performance. In the finals, Yena is one of the two contenders for the center position of “Crush On You” against HKT48’s Miyawaki Sakura where Yena ended up winning the votes for the position. 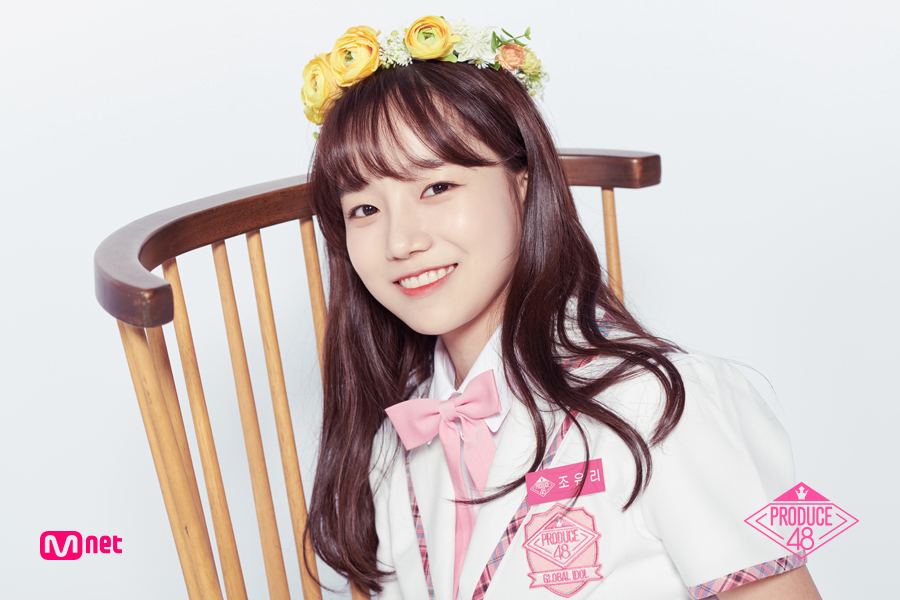 The biggest plot twist of IZONE’s lineup aside from Gaeun not placing is that Jo Yuri placed third. Not because she doesn’t deserve it or whatever though! Yuri is one of the most promising vocalists of the show and is now the only almost confirmed candidate for IZONE’s main vocalist position. Prior to joining Produce 48, Yuri also joined Idol School, another Mnet survival show, but unfortunately lost a chance to debut. Ironically enough, her votes in Produce 48 are almost more than two times higher than Idol School’s first place. 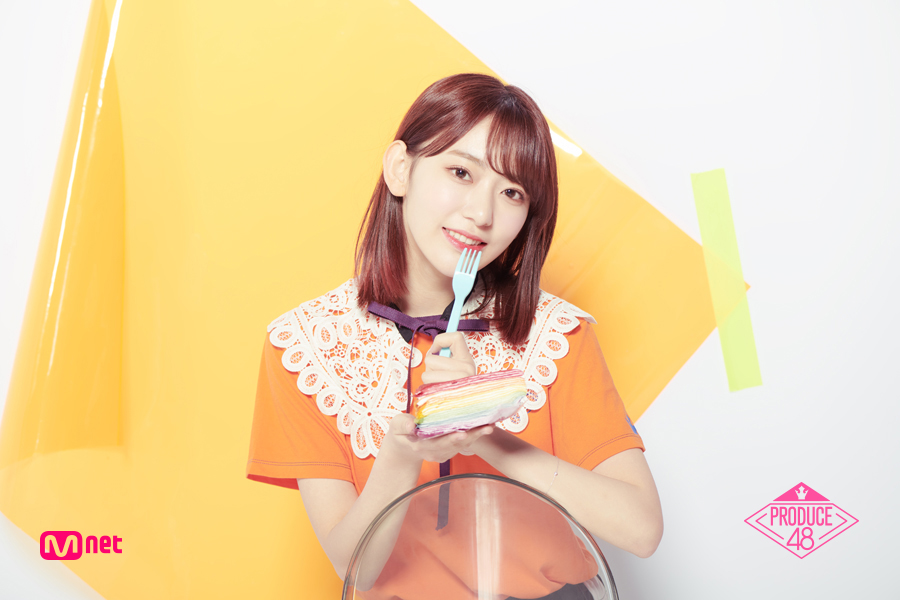 The votes may have not reflected it, but Sakura is undoubtedly the most popular contestant of Produce 48. She is the successor of IOI’s Choi Yoojung and Wanna One’s Lee Daehwi as she is the center member of Produce 48’s theme song “Pick Me”. I have viewed Sakura as a very hard working person and it’s a fact that she improved a lot during the show. During the concept evaluations, she got the most votes out of all trainees but sadly did not get any benefit points for her team, “See You Again”, only placed fourth in over-all rankings. 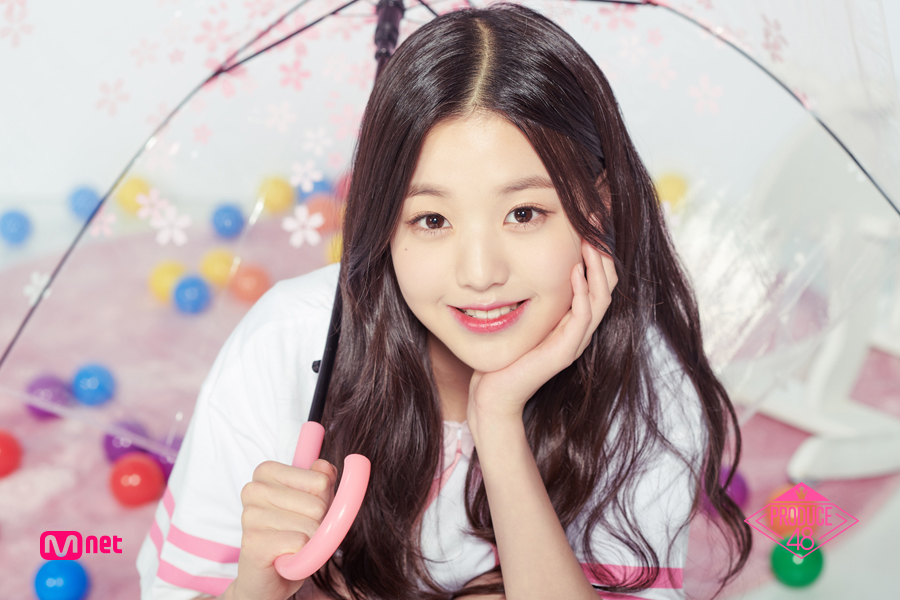 Not only is Wonyoung IZONE’s maknae or youngest member, after placing first, she is also the group’s center. At a very very young age of 14, she is already debuting and fulfilling her dreams. She is known for her being tall and for her cute visuals that enticed the hearts of many. Wonyoung, though young, can sing, dance, and even rap, making her IZONE’s well-rounded center member.