The Royal Tutor – Lessons Fit For a Prince

by HikazePrincess
in Anime, Japanese Entertainment
0

Already a favorite from its first promotional article, The Royal Tutor quickly and thoroughly captured my heart with its humor and tender moments. The series follows four teenage princes and their pint-sized tutor as they grow and mature into worthy candidates for the Glanzreich throne. Because he was voiced by my bae Shouta, I already had my eye on one of the princes but the others effortlessly worked their way into the spotlight and earned my love as well. Needless to say, I was very excited when I heard they would be releasing character songs for the series, samples of which were performed during their stage play in the fall of 2017. 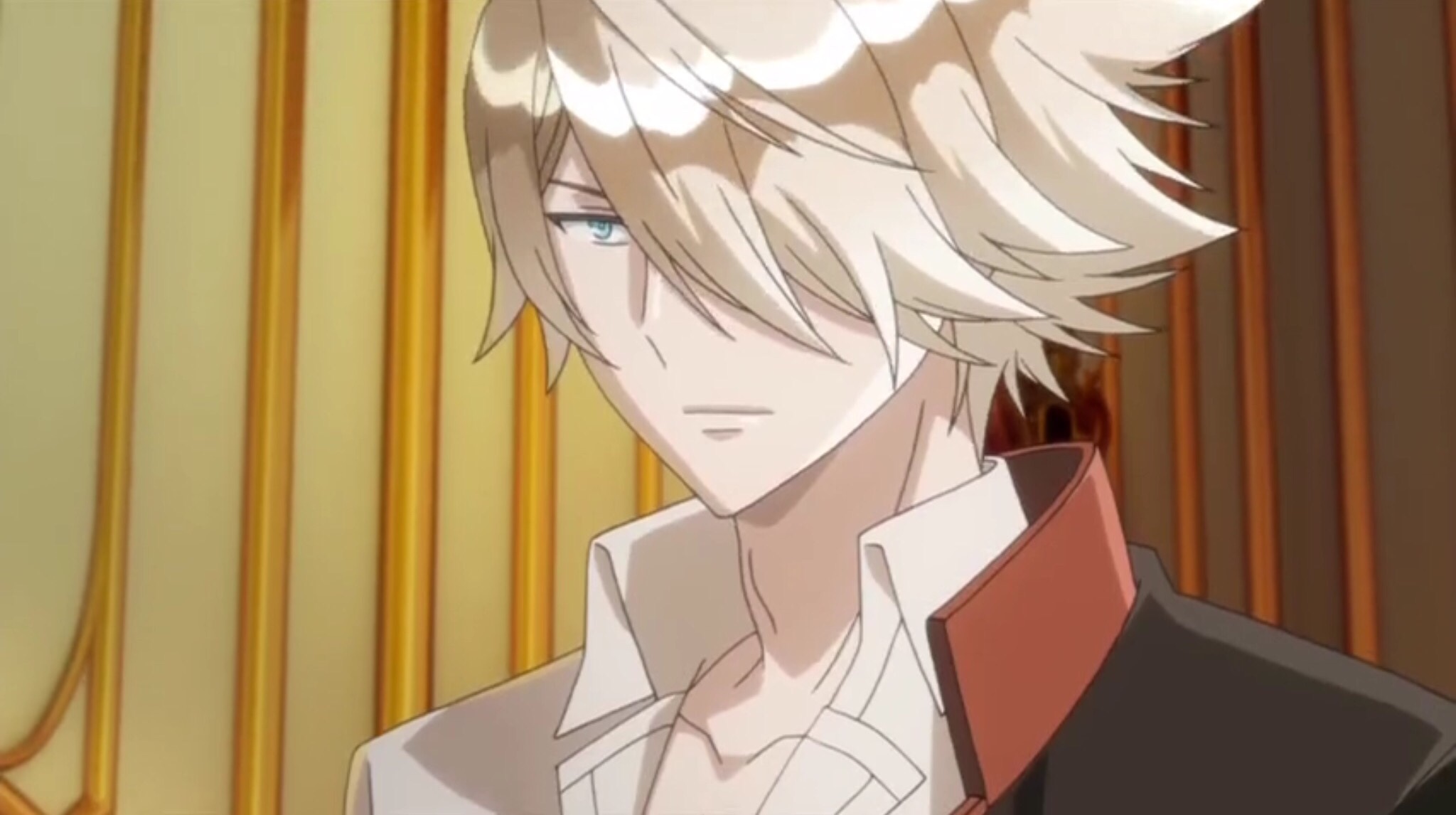 Like Heine, I’d initially misinterpreted Kai’s fierce gaze as cold and unfriendly, but we quickly find out that’s far from true. The eldest of the four princes (and second overall), Kai possesses naturally sharp eyes and poor communication skills, as well as an allegedly violent temper, scaring off anyone brave enough to approach him. But Kai’s boundless obsession for all things cute and soft and his unconditional love make him an easily lovable character, and we can’t help but root for him from the sidelines. 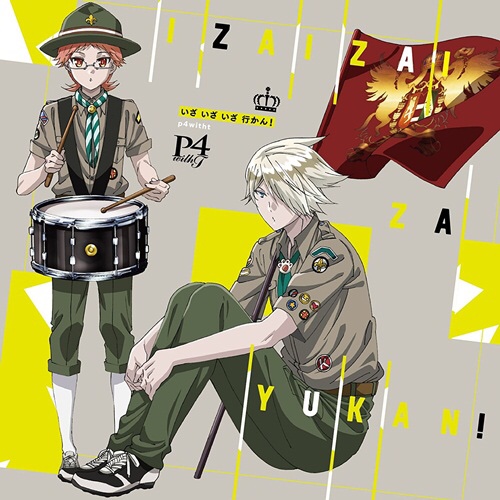 As any good character song should, Kai’s song highlights his desire to get along with others and his awareness of his own shortcomings. He also expresses his newfound goal to make the kingdom a peaceful place and become a better king than his father. In between, Heine chimes in assuring the prince that he’s always supporting him and to have a heart that never gives up.

The overall mood of the song feels almost like a child’s marching song, like those campfire songs we all learned as children, which certainly fits Kai’s simple and pure heart. The slow tempo also suits his stilted speech pattern as he expresses his wish to improve his communication skills. 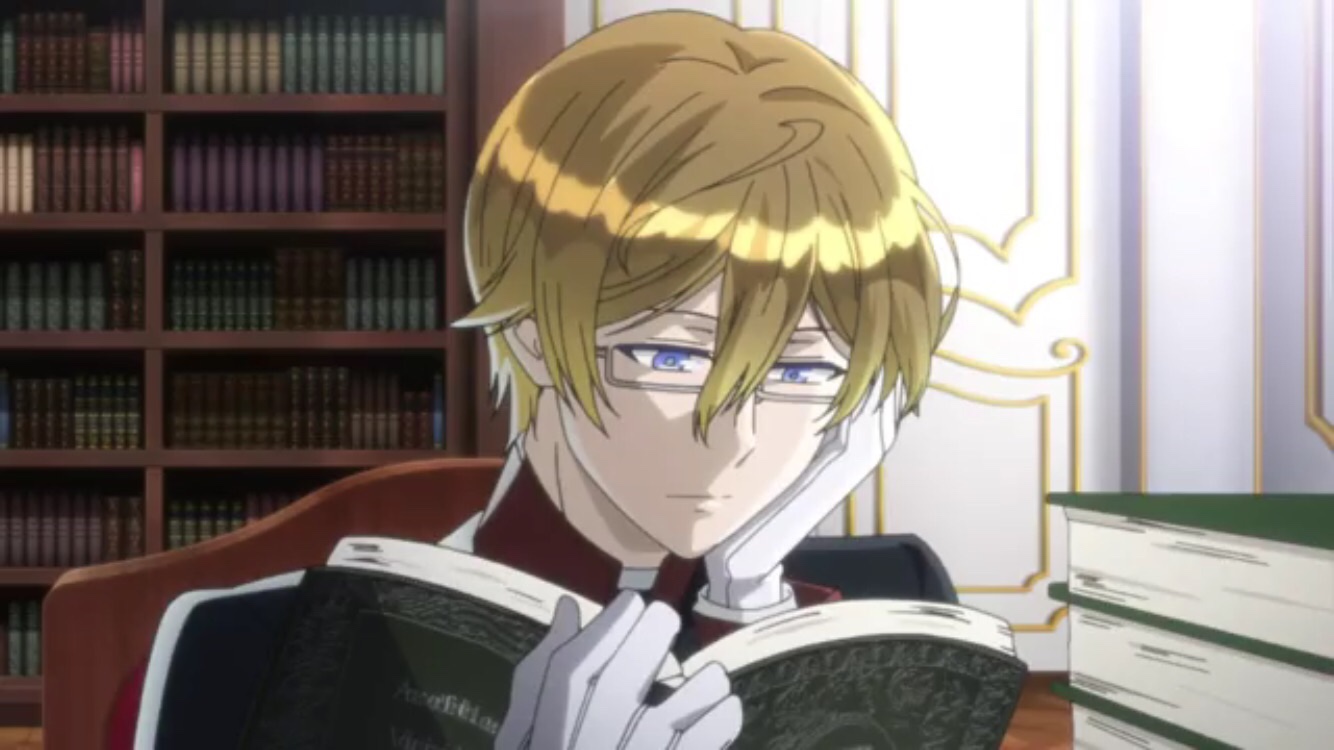 The third prince, secretly nicknamed the “Browbeating Brainiac Prince”, Bruno is highly intelligent and is initially vain about it, almost to the point of arrogance. After dismissing Heine due to his lack of formal education, Bruno’s attitude drastically changes and he comes to adamantly adore the tiny professor, eagerly seeking his guidance in even the most trivial matters. Even with his prodigious intellect, Bruno shows a vulnerable side with an inferiority complex towards the crown prince and his fear of being overcome by his younger brothers, leading fans to adore and sympathize with this troubled teen. 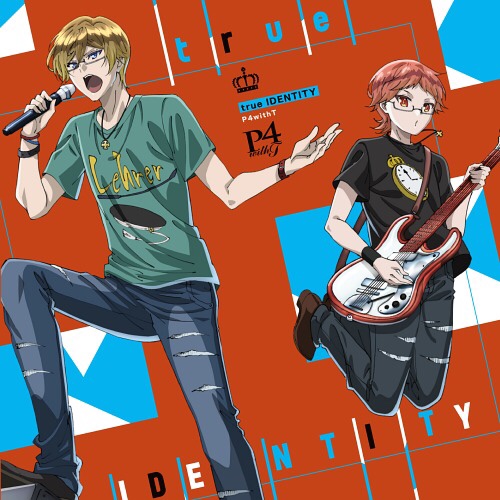 The title alone already speaks to Bruno’s “identity crisis”, struggling to become a genius and then wondering if such a thing actually exists. Beginning slow and then picking up, the lyrics further speak to his insecurities and the desire to find his place in life, learning to overcome his fixation on “genius.” Heine’s parts encourage Bruno not to give up and eventually go his own way with confidence. 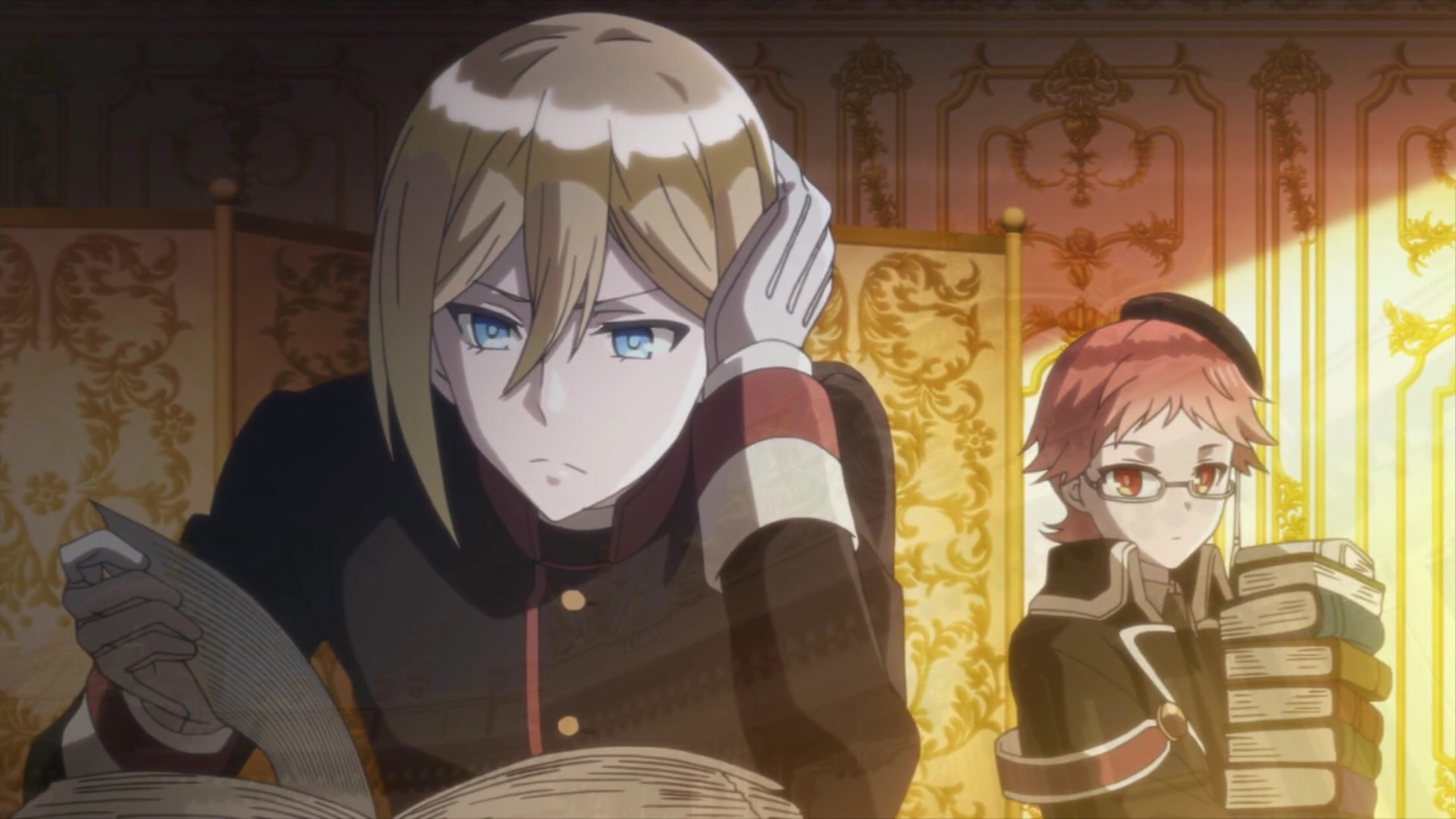 Possibly the most innocent of the four, Leonhard is quickly dubbed the “Everest-Proud Prince” due to his haughty attitude. He harbors a deep hatred for teachers, fueled by a past trauma, and immediately rejects Heine based on that fact alone. Though he struggles against Heine’s efforts, Leonhard gradually grows to trust the tutor and slowly improves in his education. Leonhard’s childishness and tsundere tendencies make him easily lovable, and his rare moments of maturity make us eager to see him grow into a capable adult. 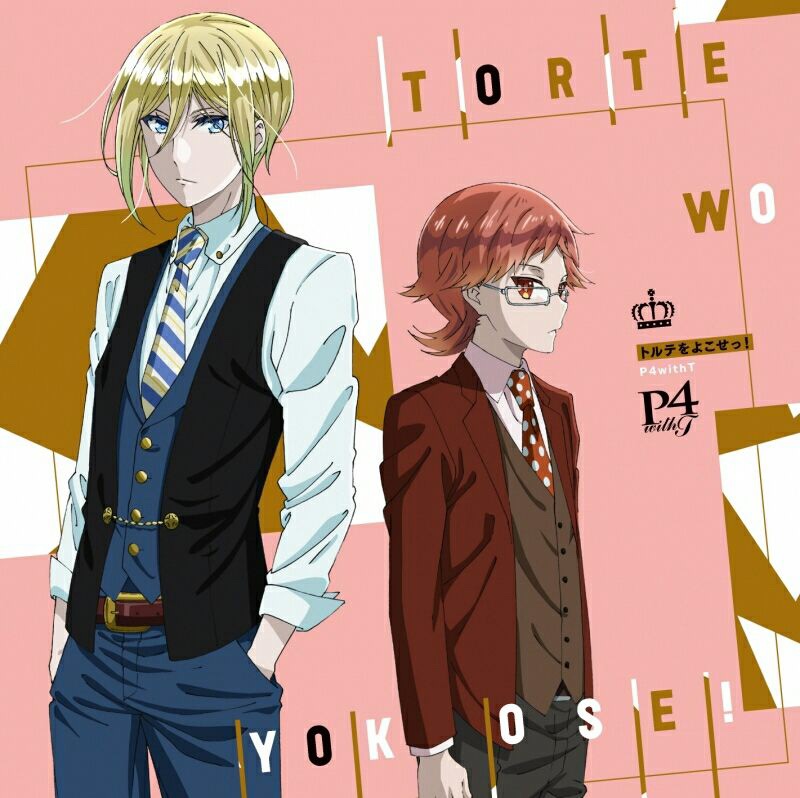 Leonhard’s childish attitude is more than exemplified with this song, reminding us that he hates carrots and bell peppers and most of all, teachers. His extreme dislike of studying and flight-risk habits are also noted, but so is his desire to get over it and improve himself, and his continued demands for sachertorte. Throughout the song, Heine encourages the prince to keep studying and not to be afraid of anything. The overall tone certainly fits Leonhard’s energy and youthful vigor, and is easily one of my favorites in the collection. 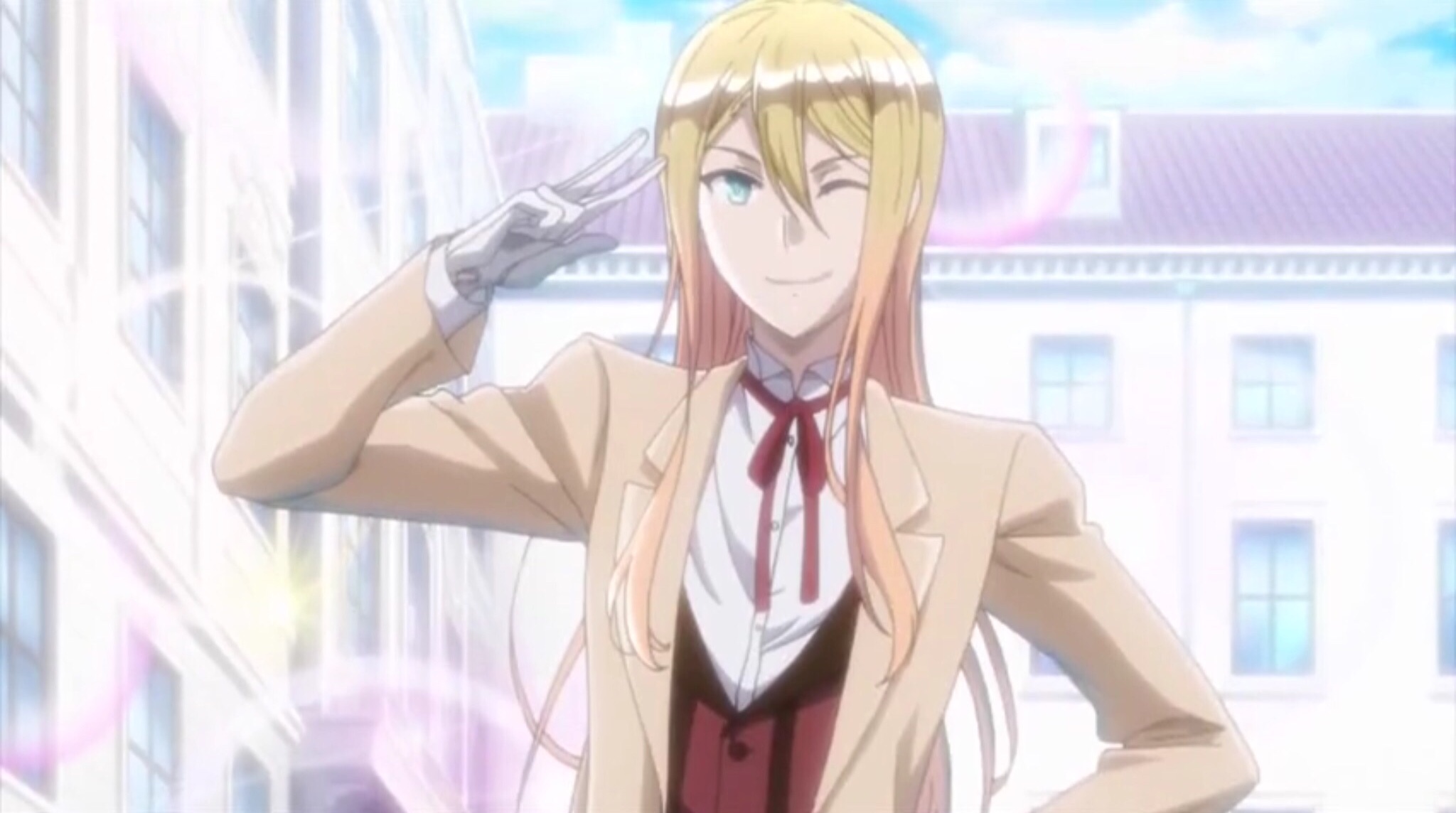 Unquestionably my favorite prince, Licht is the youngest of the princes with an energetic personality and a slightly hyperactive libido, always looking to surround himself with his lady friends. Despite his amorous antics, Licht shows a rare serious side working incognito at a café in town which he genuinely loves. Through this, we also learn he harbors some partial resentment towards his father for being seemingly ignored during his early childhood, though he comes to understand his father’s position and regrets his pettiness. 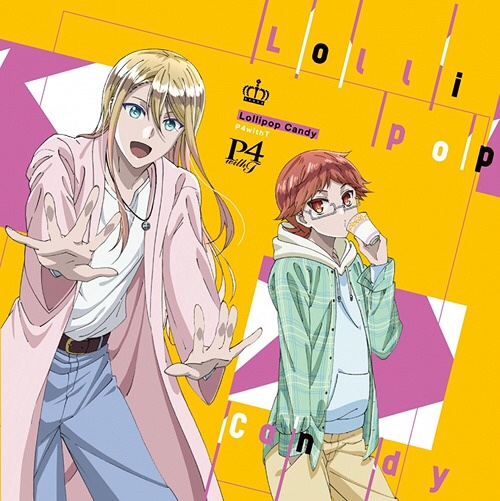 The general mood of the song suits Licht’s lighthearted personality and his preference of his job over the crown, though makes references to his flirtatiousness with mention of vanilla-flavored glossy lips and telling an unnamed girl that he’ll be waiting for her. The lyrics also speak to him wanting to experience things beyond the palace gates and to just be himself. It also takes his love of sweets into consideration, saying he’s searching for an “unknown flavor”, possibly as a metaphor for the man he wants to become. Heine’s bit seems to address Licht’s latent resentment for his father’s job by calling him a “glass teenager”, but adds that Licht is “suitable to have a sweet tooth”, perhaps referring to how well the prince has adjusted to his job and the genuine delight he takes from serving sweets. 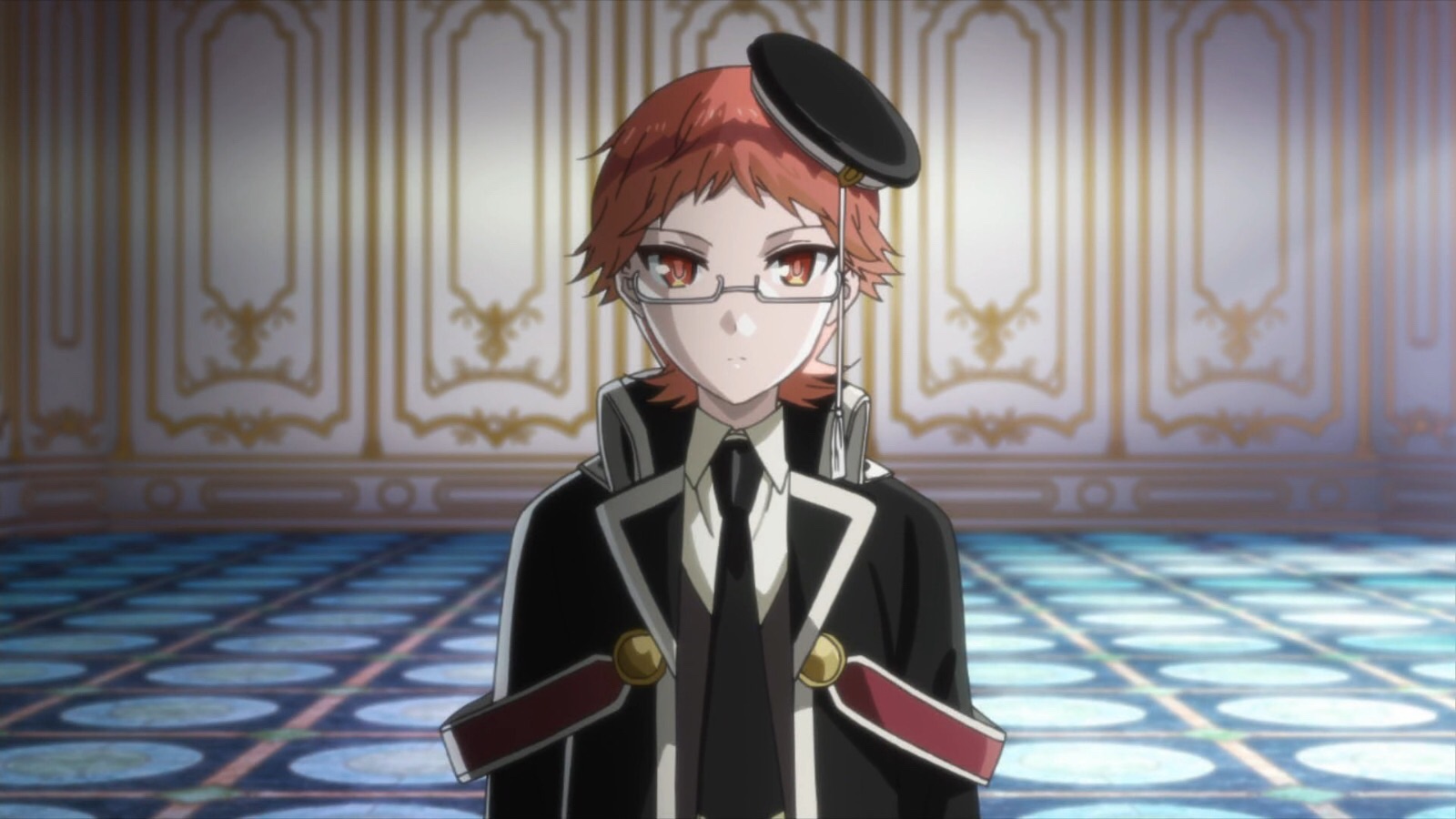 The titular Royal Tutor, Heine is a jack-of-all-trades educator with a childlike stature and a frequently expressionless face. Little is known about his background prior to his arrival at the palace, except that he is a self-made scholar and is somehow acquainted with King Viktor. His height is somewhat of a sensitive topic as onlookers often mistake him for a child, even being stopped by the palace guards who assume that he is the Royal Tutor’s son. Though Heine appears to have a no-nonsense approach to teaching, he is shown to exercise great patience with the princes, particularly Leonhard, and comes to care very deeply for his students.

Heine’s song seems to characterize a feeling of being lost before finding “a ray of light” from a friend (likely Viktor), and seeing his dreams for the kingdom becoming real and his endeavors to support Viktor and the princes. While much is still unknown about Viktor and Heine’s relationship, the song certainly speaks to how Viktor’s presence in his life gave Heine hope to better himself but how he still feels undeserving of a comfortable life.

During a LINE livestream on June 20, the five lead voice actors hinted that a new Royal Tutor project was in the works and even posted countdown videos via the anime’s Twitter account in the final days leading up to the official announcement. On September 17, the new project was revealed to be a full-length feature film with an original storyline due for theatrical release on February 16, 2019. New characters Eugene and Ivan Romano were announced as visiting twin princes with sadistic attitudes. Shogo Sakamoto, known for singing the anime’s opening theme “Shoppai Namida”, was cast as Eugene with Shohei Hashimoto as Ivan, and Sakamoto will also provide the opening theme for the movie as well. Both are set to reprise their twin prince roles alongside the five lead actors, also reprising their roles, in an upcoming second musical scheduled to run in April. P4 with T, a unit comprised of Heine and the four princes, will perform the ending theme song for the movie. Fan response to the news has been extremely positive, tweeting for the English dub’s cast to return and for the movie to be aired in theaters worldwide, all the while continuing to cross their fingers for a second season to the anime. Whatever comes next, we will be there for our boys with love in our hearts and happy tears in our eyes.