by SLY
in Anime, Japanese Entertainment
0

Just like a poster, a trailer, or a teaser, an opening theme is bound to give the viewers a glimpse of what the certain series has to offer. There are some which don’t even bother continuing the anime if the OP is below expectations. That being said, due to the focus and pressure towards a series’ opening theme, some are created to exceed such expectations and thus become memorable to the viewers. As my grand comeback article for being in hiatus for almost two months, let us know The SLY Choice when it comes to favorite anime opening theme songs. 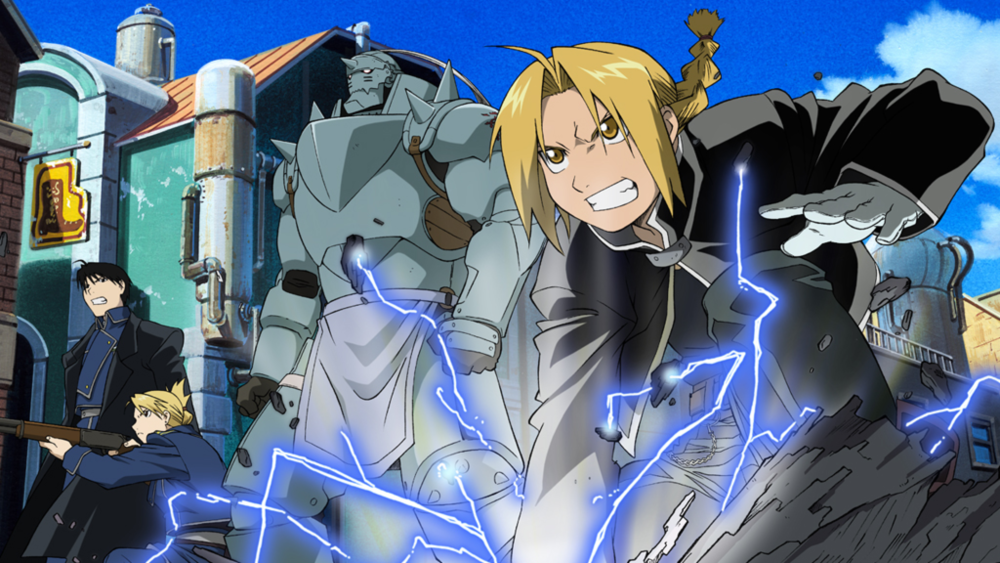 It really gave me a hard time to choose between “Period” and “Again”, the show’s first opening theme. Ultimately, by a strand of hair, I chose this song. Fullmetal Alchemist Brotherhood remains one of my most favorite anime series of all times and just like how high-quality the show is, the OP reflects. In comparison to the other FMA songs, “Period” shows badassery but with a mellow approach that suits the anime’s heavy drama. 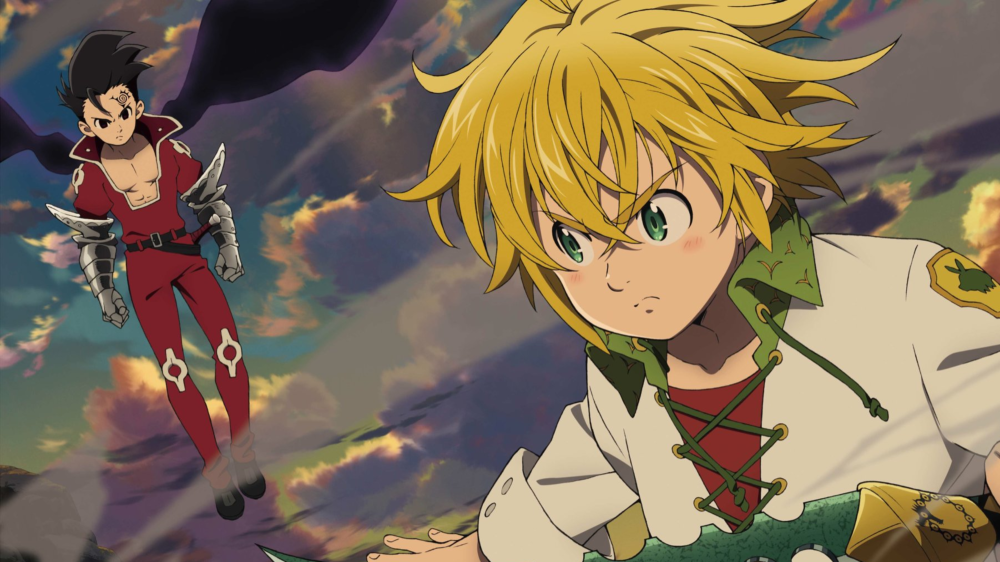 It wasn’t even hard to choose between the Seven Deadly Sins opening songs, “Howling” just stands out the most! My favorite part of the song is the parts where the beat just drops and blows you away. The song’s genre itself too is not so typical for it utilizes elements of arena rock.

Free!: Dive to the Future | “Heading to Over” – OLDCODEX 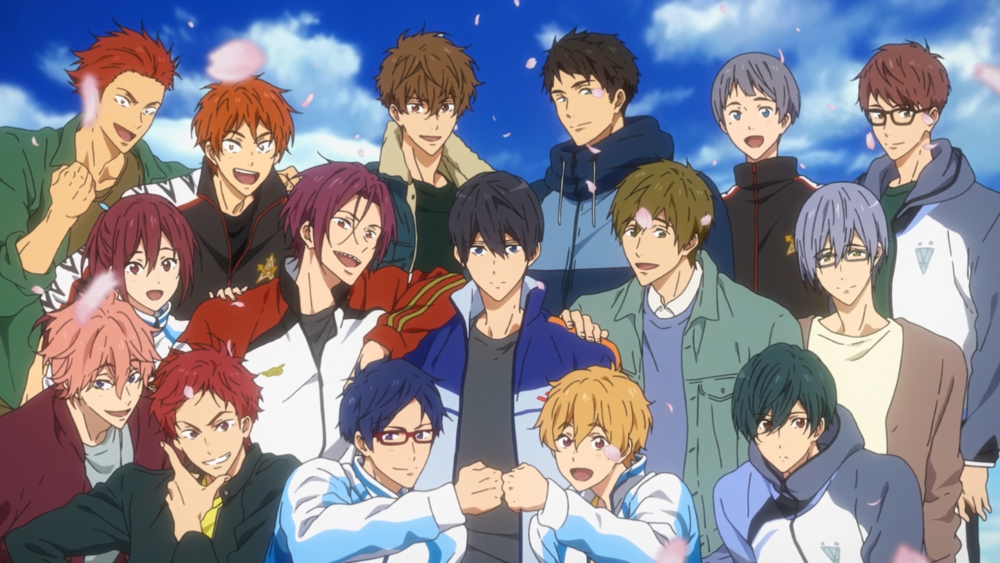 What makes Free! opening songs extra special is that it’s performed by the band OLDCODEX. The band’s vocalist, Tatsuhisa Suzuki, is the voice actor of one of the show’s most popular characters, Tachibana Makoto! Though I generally like the ending themes as compared to the opening ones, “Heading to Over” is still an amazing song. The coolest thing about the song is that it was chosen as the show’s OP because if you create an acronym out of the title, you will get “H2O”. 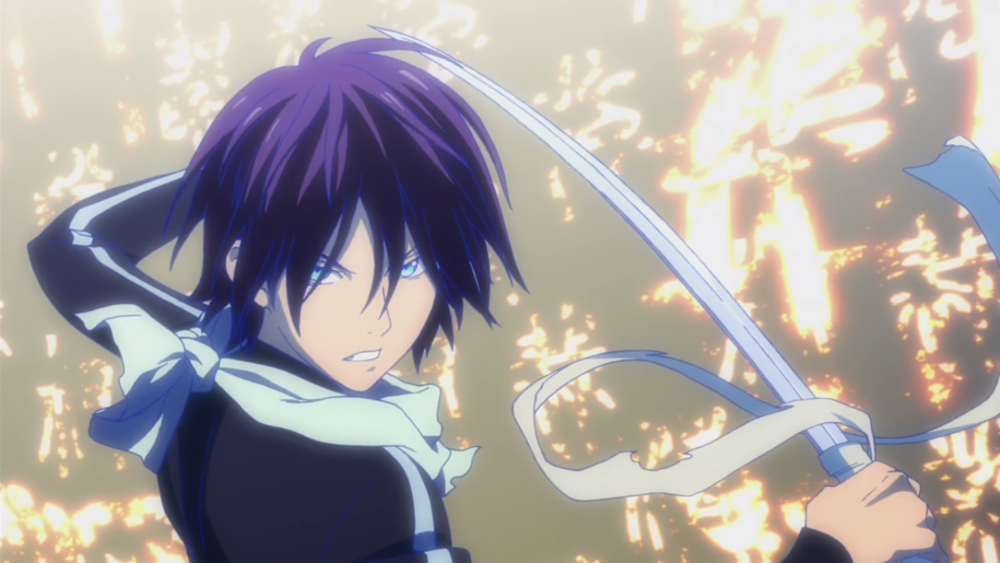 I swear, if news of a Noragami season three drops, I will definitely “go crazy”! Actually, Noragami only has two OP’s yet and “Hey Kids!” surely is the better one out of the two. It has that certain catchiness that will make you not skip the OP during the beginning of every episode. 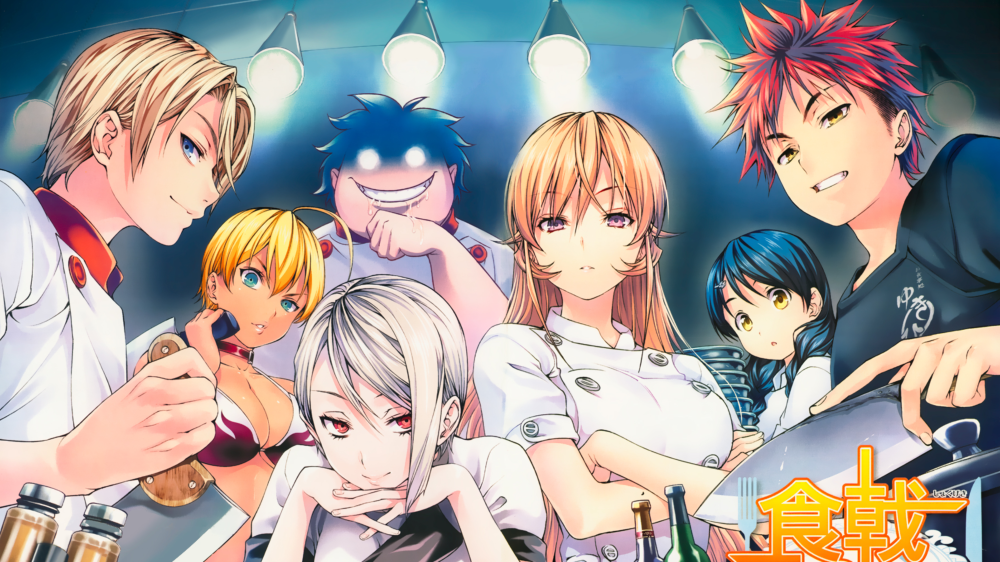 You were expecting OP 1 instead, right? Well to be honest, “Kibou no Outa” is equally as good as “Rough Diamonds”, but if I were to choose, well, you already know the choice I made. While OP1 channeled a different approach into a shounen anime, OP4 on the other hand extracted the coolness of Food Wars. Through the song, you can feel the intensity of every match and the fire burning desire of the aspiring chefs. 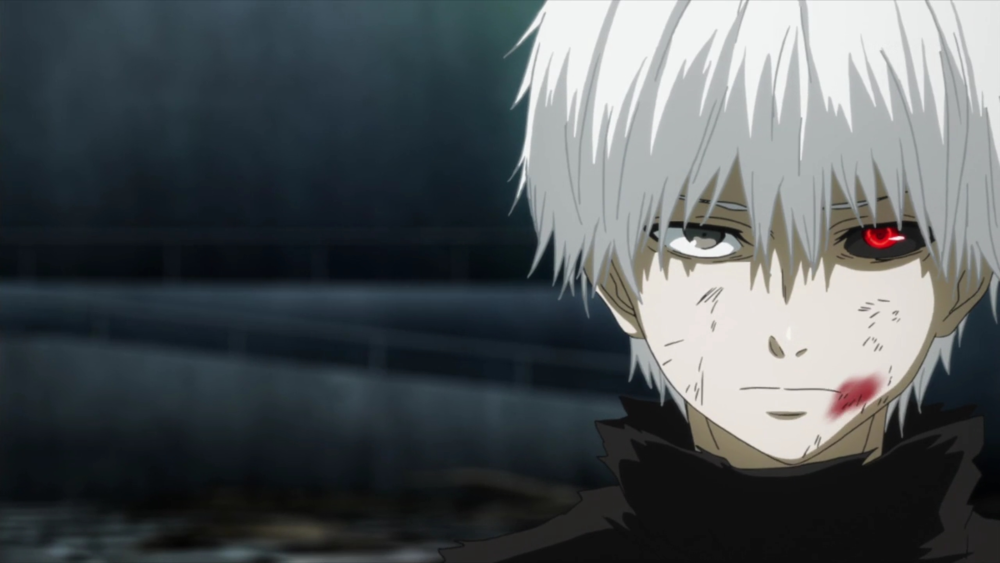 Phenomenal. No other words are needed. 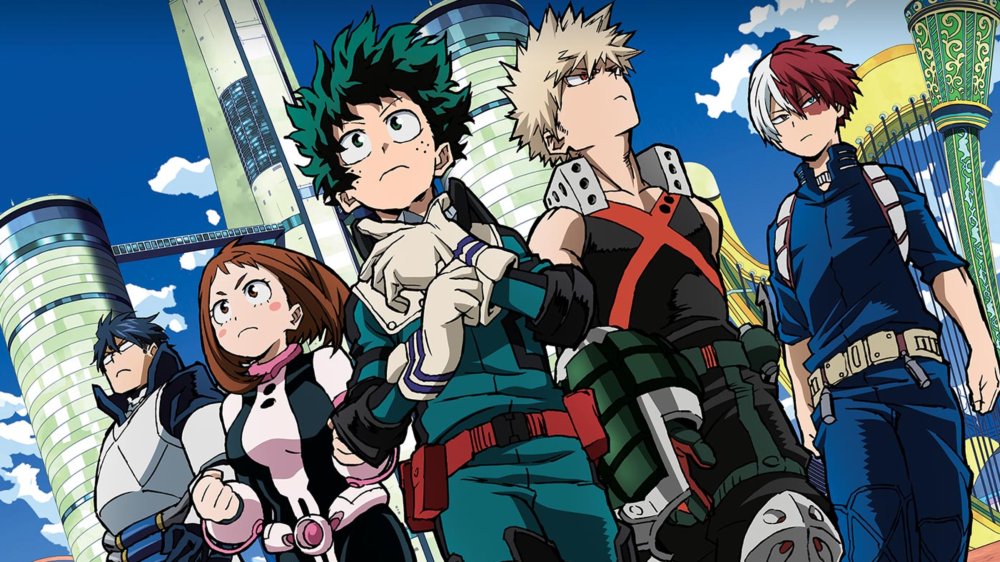 It was truly a hard choice because all My Hero Academia opening songs are so good! Starting from “The Day”, “Peace Sign”, “Sora no Utaeba”, “Odd Future”, up to “Make My Story”, they are not skippable at all. At first, I wrote “Odd Future”, but ultimately changed it to “Sora no Utaeba” because the former’s full version is not as good as the TV edition. The latter is flawless either way. 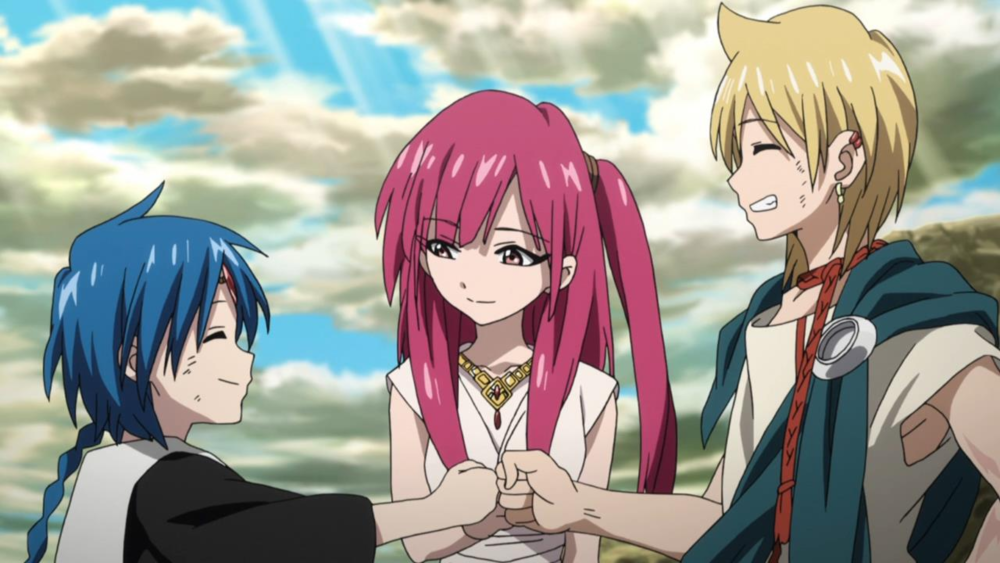 WE. WANT. A. MAGI. SEASON. THREE. NOW! Seriously though, Magi definitely has one of the best stories in the entire land of manga and anime! The final arc is so good that it’s already blasphemy how it’s not getting animated yet. Anyways, “Hikari” is the second opening of the series’ second season. All songs share the same atmosphere but my choice creates the best song-animation combination compared to the others. 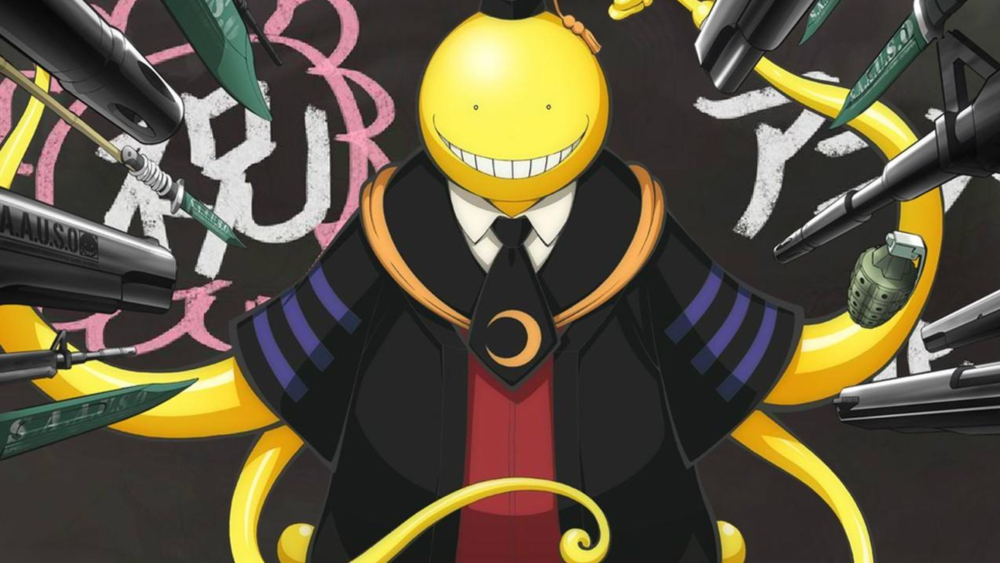 Assassination Classroom is hands down one of the best anime I ever watched. It actually managed to tear my heart apart during that one scene that made us all cry. “Bye Bye Yesterday”, as melancholic as it sounds, is performed by a special project group, 3-E Utatan. The group consists of the voice actors of Nagisa, Karma, Kayano, Isogai, and Maehara. I don’t know about you, but listening to this song always makes me sad, in a good way, if there is any. 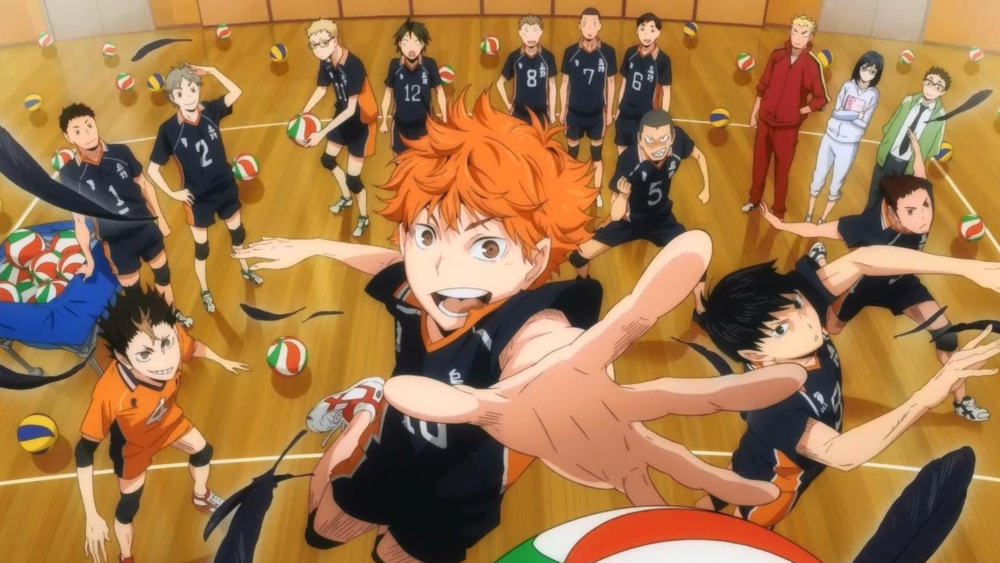 The charm of sports anime is that although the viewer is not much knowledgeable of the sport, the show still managed to captivate the viewer’s interest and full attention, a feat by which Haikyuu is proficient in. The OP of Haikyuu is not as artsy as the other opening themes as it focus solely on the volleyball games. “Fly High!!” is a really good companion to intense rallies and breathtaking matches. 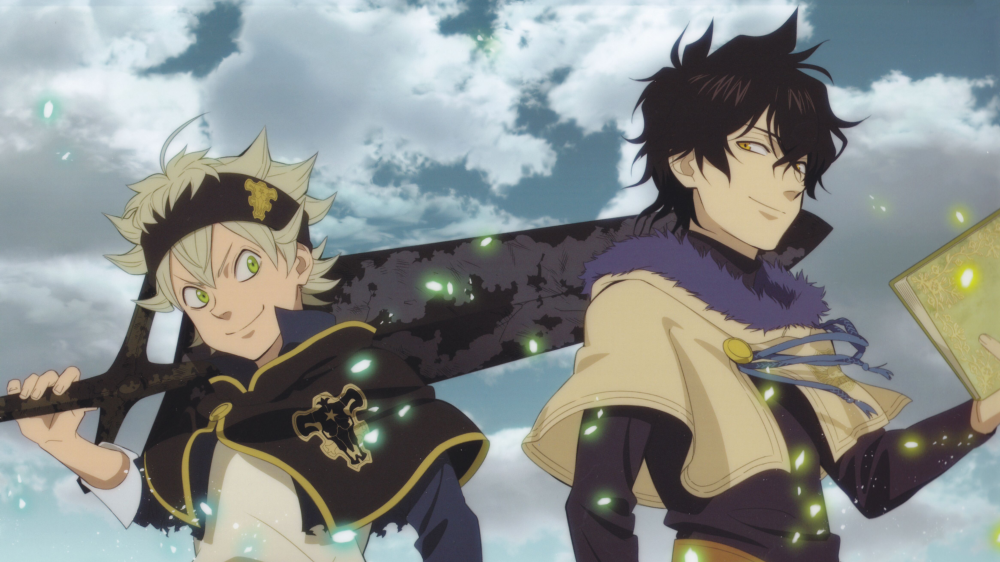 I initially wrote “Haruka Mirai”, then changed it to “Guess Who Is Back”, and now here we are with “Black Rover”. Want to know what that means? It means that Black Clover is an amazing anime with equally amazing opening theme songs! “Black Rover” is that one song that hypes you up in every listen. It helps that the chorus is in English, meaning that international viewers can easily jam along to the song. “Get down we all let you know this time can you bring me down back up, gets far of the sky, black rover!”

Although I won’t say I’m the biggest anime fan there is, I still have a lot of watched series and a wide array of amazing opening theme songs to choose from. Ultimately, above are the songs I chose among the rest. Wishing you a Merry Christmas and a Happy New Year, OHPressor!