The SLY Choice | Top BL dramas of 2019 you should definitely watch!

by SLY
in Drama Reviews, Other Asian Entertainment
0

While experiencing quarantine due to the pandemic, I found myself having nothing to do during my spare time. I have been a fan of Thai entertainment and have watched some lakorn in the past and I never really cared about watching BL series at all… until now. I have developed a prejudice against Thai BL series because the one drama I won’t name that I tried before really sucked in acting and in overall quality. I was a bit hesitant at first, but now here I am patiently waiting for new 2Gether and WHY R U? episodes.

Anyways, I have watched the most popular BL series of 2019 during my spare time, so here is The SLY Choice for my most favorite among all of them. 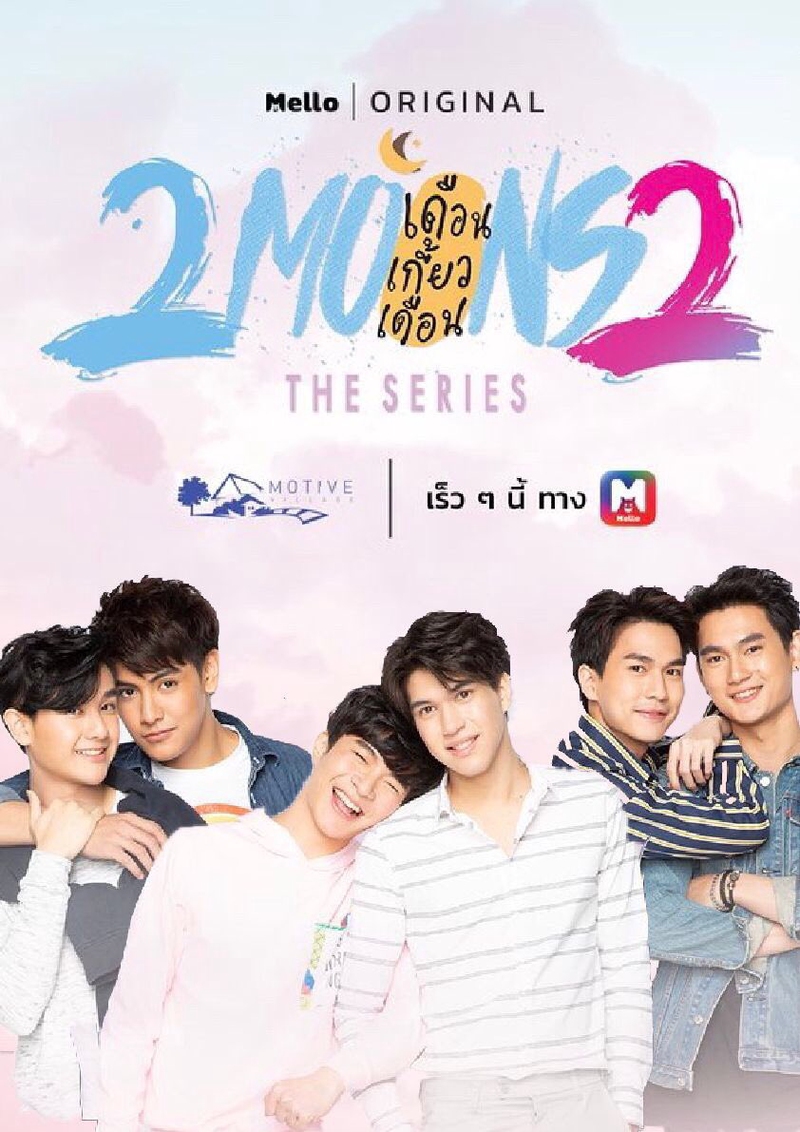 I have a love-hate relationship with 2Moons2, that’s why it’s only number 5. 2Moons2 is a hybrid sequel/prequel of 2Moons but with a different cast. It’s about Wayo, a freshman who has hidden feelings for his senior, Phana. The series is your typical school BL drama without much heavy and dramatic scenes (except for the finale).

I really love MingKit and ForthBeam. Those two couples were really cute and had very different charms. Ming and Kit are really cute specially when Ming acts really confident around Kit. Forth and Beam on the other hand are oh so sexy!

As much as I love MingKit and ForthBeam is how much I dislike the main couple, PhaYo. Both the characters and the actors didn’t charm me like the other couples did. Earth as Wayo and Ben as Phana are really good in acting but they did not fit each other at all. There was little to no chemistry between them, which is a shame because individually, they really fit the characters they portrayed.

The story of 2Moons2 ended with a cliffhanger, which is the only reason I look forward to 2Moons3. 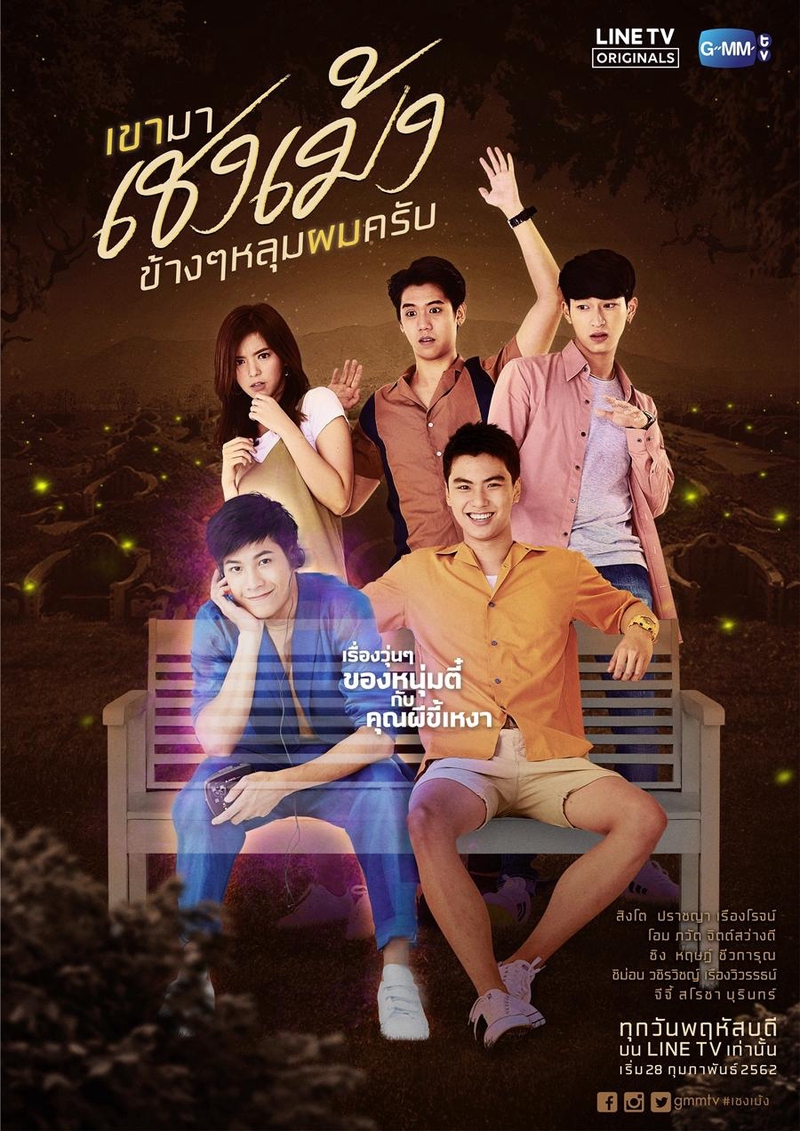 It baffles me how criminally underrated He’s Coming to Me is. (Almost) Everything about this drama is top-notch! Singto and Ohm delivered a very amazing performance here, which even landed them to win the ‘Best Dramatic Scene’ on Line TV Awards!

He’s Coming to Me is about Mes, a ghost who isn’t able to reincarnate for an unknown reason and is forgotten by his family. He patiently waits for his reincarnation until he befriends Than, a boy who can see ghosts.

I really really like everything about this series. The story is quite new for the genre, the cinematography is not bad, the OST is very cute and fitting, the actors portrayed their characters amazingly, and the list goes on. I wouldn’t say that I didn’t like it, but what made me uncomfortable watching He’s Coming to Me is the finale. I know that it’s a fantasy in the first place but it would have been more realistic if they did not let that ending happen. Others had issues with P’Mes and his relationship with Than’s mom or P’Mes “liking” Than since he was a child, but I actually don’t care about those. I won’t spoil anything vital but His Coming to Me ended on a note where we know P’Mes and Than’s relationship will never work out at all, that’s what I found really regretful about the series. 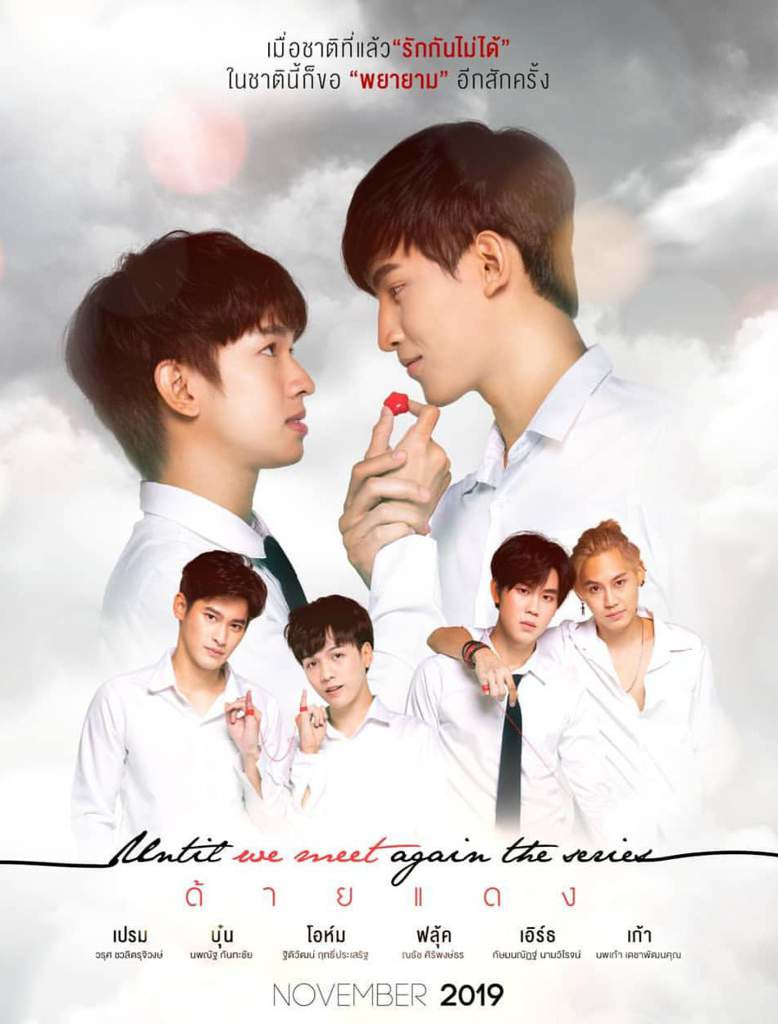 From Until We Meet Again compared to the other two, I really had a very hard time choosing which is first, second, and third. Actually, these three are essentially, equally amazing but I have to rank them somehow.

I’m not a fan of heavy series with dramatic plots like this one, but when I gave it a try, I loved it so much. Until We Meet Again is an absolute masterpiece. It’s about Korn and Intouch, a couple who found love during the time where same-sex relationships aren’t welcomed by the society. They committed suicide and 30 years after, they reincarnate as Dean and Pharm, now in a time where their love will be more accepted.

At first, I found UWMA okay. The plot is interesting and I can’t find anything to hate about it so I continued watching.

Around the middle, I found UWMA really good. The acting of the actors, specially Fluke, is outstanding. He cried in literally every episode and every dramatic scene are perfectly executed.

By the end, I found UWMA extraordinarily amazing. There are parts that you may think doesn’t matter at first but by the end, you will be able to join the puzzle pieces together resulting to breathtaking twists and revelations.

I highly recommend Until We Meet Again to you all, it’s painful how underrated it is. 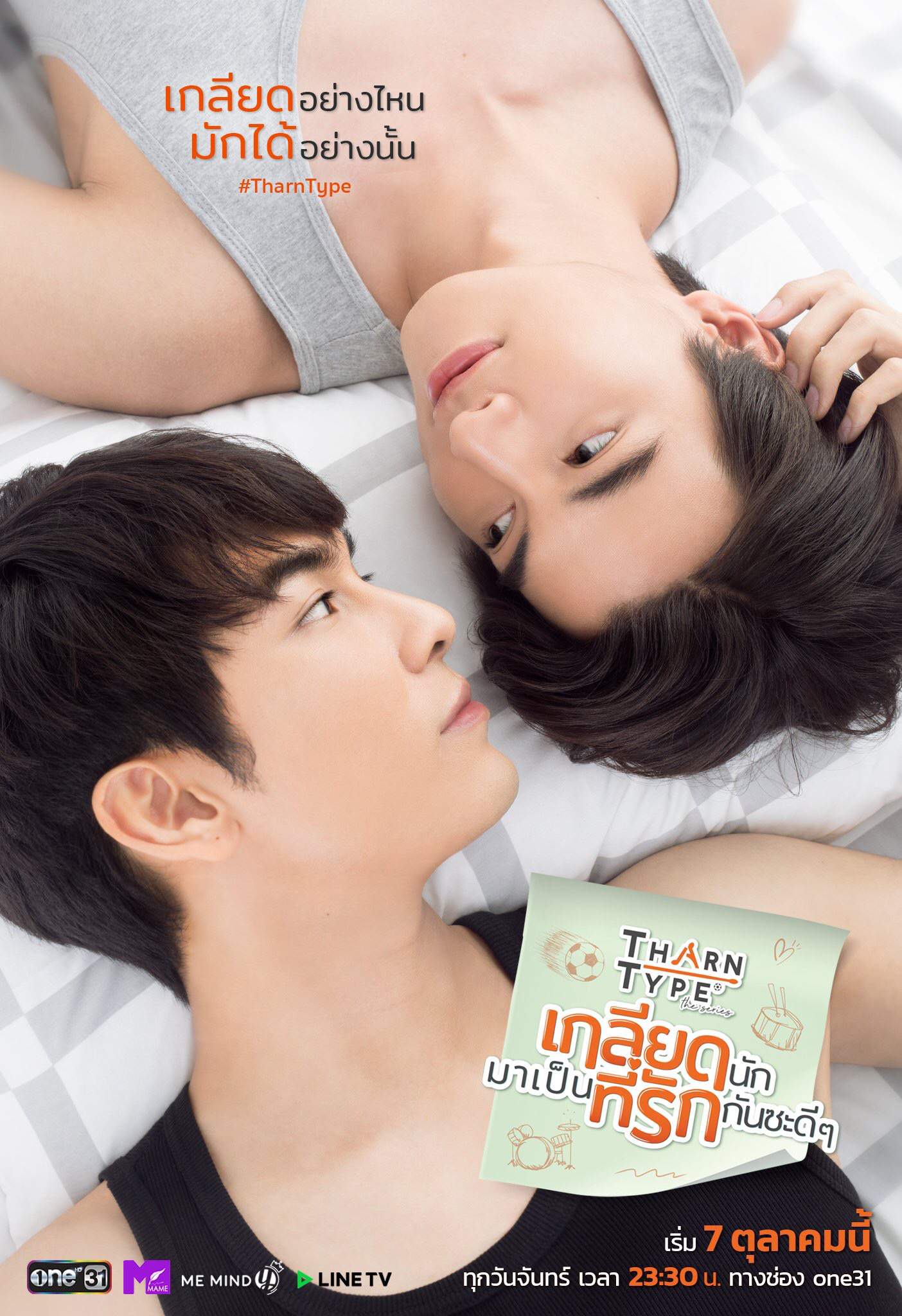 OKAY WHERE ARE MY MEWGULF BABIES AT?! I swear, TharnType is a must watch BL series. I am so happy that it’s the first BL series I finished and thanks  thto TharnType, I continued watching series of the same genre.

TharnType is about two roomates, one that is extremely homophobic and hates gays due to a past trauma & one that is confidently gay who is proud of his sexuality.

Honestly, TharnType is not that much different from other BL series out there unlike HCTM and UWMA. What makes TharnType stand out is the chemistry between the main actors, Mew and Gulf. This is Gulf’s first series and it stuns me how amazing he portrays his character as Type. Mew being handsome and good in acting is already a given however he added sparks to the series with his compatibility with Gulf. I’m also not gonna play it clean and leave out the fact that their kissing and R-18 scenes are top-notch too.

It’s probably the most popular among all 2019 BL series and is actually my most favorite among them all. 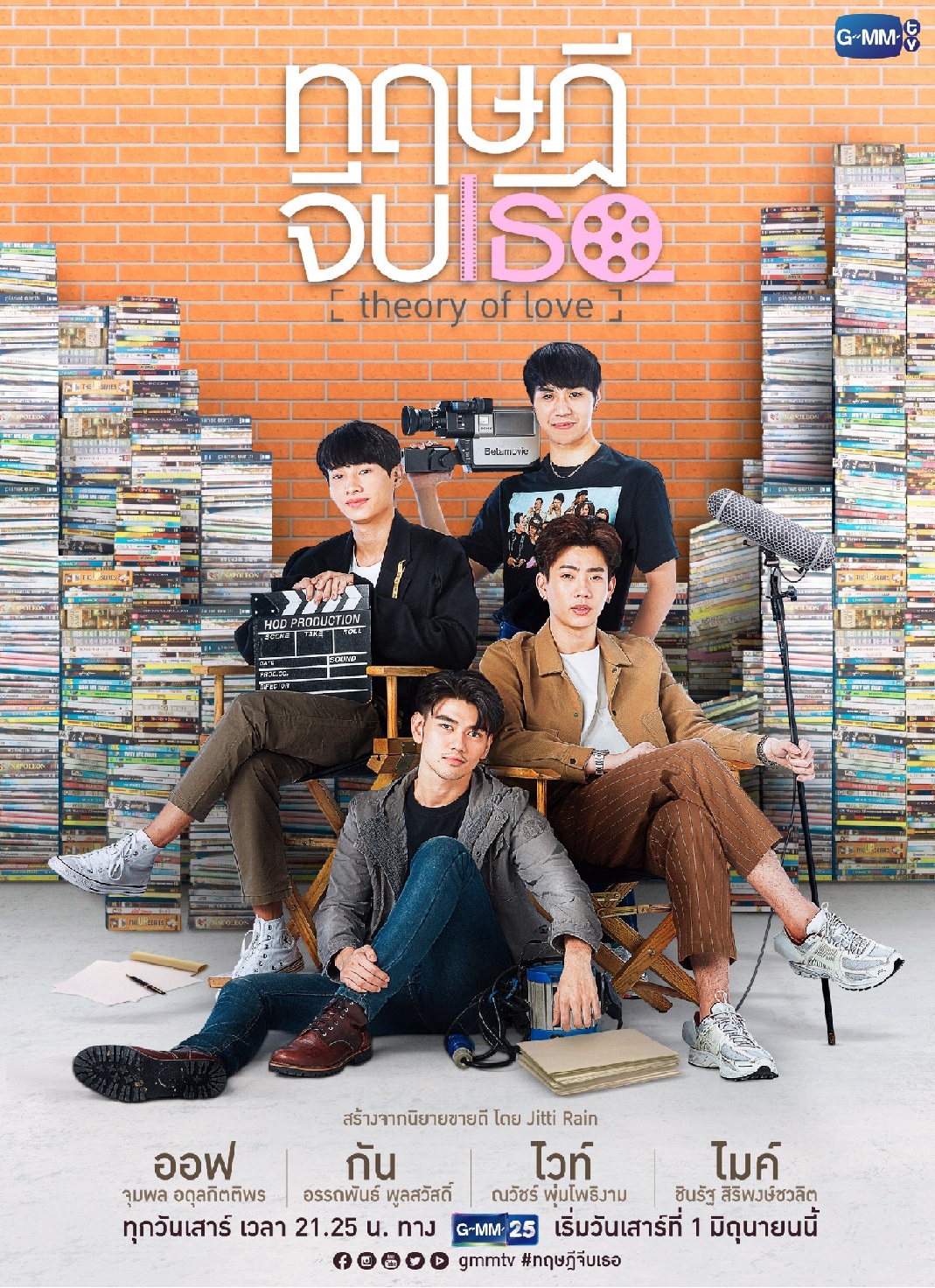 While TharnType is my most favorite, Theory of Love is my personal best BL series of 2019. It’s not just a series, it’s an otherworldly experience.

As they are film students, Theory of Love utilized elements of popular romantic films there is. Every episode is titled after different romance movies and satisfyingly, every episode fits very well with its romance film counterparts.

OffGun is undeniably the current powerhouse couple of Thai BL and Theory of Love further proves how amazing these two are. Gun is a given when it comes to acting but Off really outdid himself this time. The two really engaged on their dramatic roles with perfect execution and natural expression.

I really can’t say much except that Theory of Love is phenomenal. It’s undeniably the best for 2019.

The COVID-19 pandemic is a worldwide threat that doesn’t discriminate to whom it will bring devastation to. I wish everyone good health! I hope everyone remains positive (not the test results) and use their time to do some stuff they wouldn’t be able to do once everything returns to normal.

Drama Review | When Your Eyes Linger

Following his web drama series Love As You Taste and Spring in Summer that bagged an award at the Catholic Film Festival in 2018, Director Hwang Da Seul is making a return this time with BL series When Your...

REVIEW | Paradise Is a Thing That Happened to Me