by Fatima
in Featured, Gaming, Interviews
0

Lienzo, meaning canvas in Spanish, is a video game development studio based in Chihuahua, Mexico. Lienzo was founded back in 2012 and since then, they have been a place where local talent can develop and fulfill their creativity. So far, Lienzo has released two games: Hunter’s Legacy and Mulaka. Mulaka, being Lienzo’s biggest game yet, has received great feedback and has placed Mexico on the map when it comes to video game development.

I’m going to jump straight into Mulaka — it’s one of the two projects developed at Lienzo so far. How did this game come about?
Mulaka was originated from a conversation I was having with my co-founder, Adolfo Rico. Where I asked something like “Why don’t we make a Zelda game, but with indigenous Mexican tribes?” That started a snowball effect with everybody on the team. At first, it was a joke but slowly it gained momentum and became something reasonable. After some visits with potential investors (government offices as well as cultural and tourism bureaus), it was clear that the idea was worth exploring further.

Mulaka features many aspects of the Tarahumara culture. Is there a reason why you’ve picked this Indigenous group?
For us, it was something quite obvious. If you visit Chihuahua, you’ll see Tarahumara people everywhere. They are a culture that’s very much alive, and it has rich legends, rituals and imagery. I was particularly intrigued with their running prowess, after reading “Born to Run” by Christopher McDougall. Additionally, it was relatively easy to verify and authenticate our research, since we were in the same state. 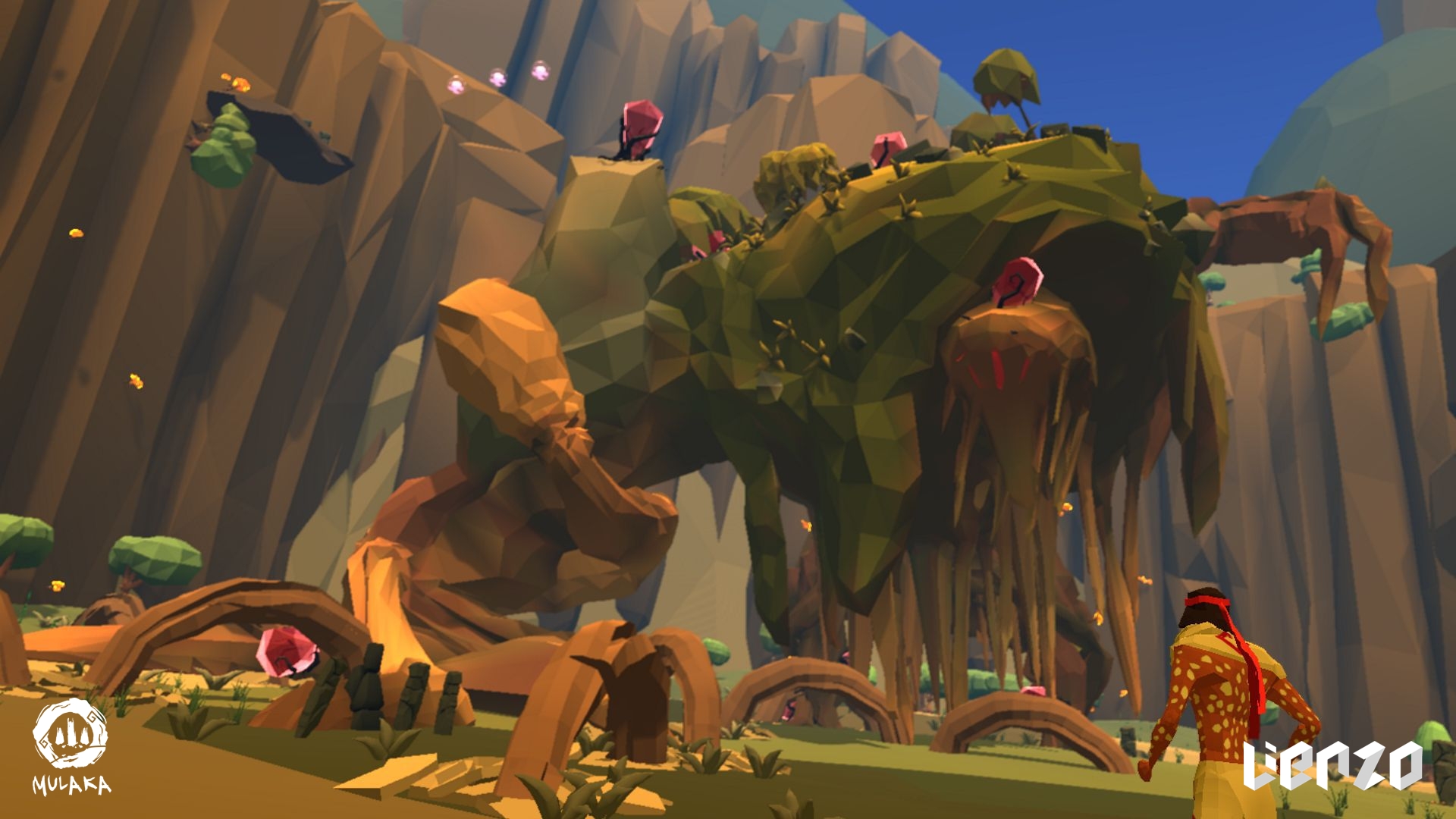 Was there anything that was done on Lienzo’s side to make sure that the Tarahumara culture was portrayed correctly?
Yes, this was something I was particularly keen on. We visited any cultural representative and anthropologist we could. We talked to anyone who had authority in the culture, and who could steer us in the right direction. Ultimately, we were approved by culture leaders and anthropologists; and we worked with them throughout the whole development.

Now for the art style, it’s not super crazy in details yet visually appealing. It has that late 90s, early 2000s 3D vibe to it. Is there a reason why you’ve decided to go this direction?
It was an artistic decision taken by Daniel Gutierrez, our art director. He wanted to represent the Tarahumaras as best as we could with our limited resources; they have many colors and simple, polygonal drawings. We felt that this was a good decision.

Are there any inspirations that went into this game, in terms of the gaming style?
Of course! You can’t even begin to think “Adventure game” without immediately going to The Legend of Zelda. Additionally, Dark Souls, The Witcher, and even Darksiders.

As an Indie studio, how long did it take to create a game like this?
It was around 2 years of me running around trying to get funding, while the team worked as much as they could with no salary or time. Then after securing investment, we dived 2 years in full-time development.

When I think of all the games that I’ve played so far, they’re usually developed in the United States or Japan. Lienzo is based in Mexico. What were some challenges that you’ve faced when you co-founded the studio?
The first one was taboo, how people think about video games nowadays, and that made it more difficult for us to secure investment. Also, the industry in Mexico isn’t that advanced — I’d even say that we have achieved many milestones that have never been done in Mexico! And that makes it difficult for us to get mentors or industry veterans to guide us in the right direction when it comes to development. Fortunately, our state is a border with the US, and that facilitated travel and getting us to conventions and expos.

Lienzo is the first Mexican studio to release a game on three major consoles — that’s an amazing accomplishment! How does it feel knowing that Lienzo is one of the leading studios in Mexico’s gaming industry?
It is daunting. When we see Mulaka, as creators, we see a lot of room for improvement; so we don’t think of ourselves as pioneers or nothing like that. Even though we are always open to help other studios that are even smaller than us. But on the other side, we are incredibly inspired by this accomplishment and now we want to earn that position by continuing to learn and making way better games!

Mulaka has been out for a while now. Are there any thoughts so far for a future project or if there are any new directions that you want to try out?
We are already hard at work on our next game, and we can’t wait to tell you all about it! As soon as we have something we feel is worth showing, you’ll know.

To you and to Lienzo, how important is Mulaka?
It is extremely important. Not only was it the project that helped us secure funding, but it also established our mark as a video game studio, and set the bar for the rest of Latin American development. We learned a lot from Mulaka, and it is an achievement that will now stay as an inspiration for us and for the rest of the world.