by Maisha A.
in Interviews
5

This year, I became interested in the show Show Me The Money due to the big name producers that were going to be on the show. As most people know, I am a huge Korean hip hop fan so this show sounded perfect to me. There were many interesting contestants on the show such as Vasco, Tymee, Giriboy, Jolly V,etc. One of the contestant that caught my eye was Toy. She was an American, and I was extremely interested of how well she rapped in Korean. Unfortunately, Show Me the Money definitely has evil editing and I didn’t get to see much of her appearance. Luckily, she had a youtube account, a twitter, and soundcloud. When I asked Toy for an interview on twitter, I was grateful when she said yes! We added each other on facebook and wow she is absolutely stunning! She was extremely nice and down to earth.

OH!: Hi there! Can you introduce yourself a bit such as where you are from, your hobbies/interests, etc? Also, how did you fall in love with singing and rapping?

Toy: Hi. My name is Toy (Toy-Anna Brown). I’m from the U.S. Some of my hobbies include: writing music, dancing, art (drawing), snowboarding, and learning new skills/languages. I started singing in Elementary school but stopped sometime in middle school and started doing sports. When I was in university, I would rather listen to music than concentrate on my work, so I decided to pursue a music career.

OH!: I’ve listened to your songs and cover and I was amazed. It’s really hard for me to choose a favorite because they’re all so good lol. Which song/cover of yours do you personally like the most?

Toy: Thank you! I used to do covers just for practice. These days, I don’t do cover songs anymore. I really like my “wu-tang freestyle” rap, because there are a lot of hidden messages in that rap. I think some of the best raps are painted like pictures rather than very direct. When you can use words and descriptions you wouldn’t normally use to describe something, I think that it’s talent. Also, my newest rap “I mean that”, although all my raps are about my life or things I feel or see, “I mean that” is the first rap where i say a lot of things i feel directly. Also, I really like my flow in the “I mean that” rap.

OH!: How long does it take for you to write and record songs?

Toy: Writing depends, if I’m really feeling the beat, I can write very quickly. Also, if I’m feeling a lot of stuff emotionally, I can write even faster. Most of my raps are written in one sitting. Personally, if it takes me a few days to write a rap, it is never really as good as the ones I’ve written in just one sitting. I’ve never really timed myself, so I can’t give say how long exactly, it also depends on the length of the rap. 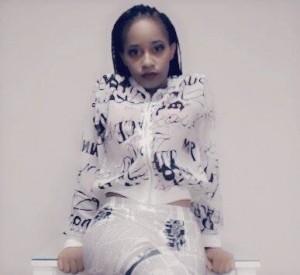 OH!: How long did it take you to learn Korean? What is your experience like in Korea?

Toy: I actually taught myself Korean. I’ve been in Korea now for 4 years. I started studying from books and watched a ton of Korean movies to help me with my pronunciation. Also, I have a ton of Korean friends, a lot of whom don’t speak English. Spending time with them helped me to learn the language a lot faster. I haven’t been studying as much lately because I have been focusing more on my music, but I hope to be fluent one day As far as my experience, well, it hasn’t been easy, mainly because of the language barrier. I have a lot of people who really want to help me and see me do well, so I feel really blessed. Following a dream is never easy, and doing it in a foreign country is even harder hahaha, but I can’t complain, everyone goes through hard times. Just have to keep your head up and keep chugging along!

OH!: If you had the opportunity, Which Korean and Western artist would you like to do a collaboration with and why?

Toy: Korean artist: TaeYang, Western Artist: A$AP Mob or wu-Tang Clan. I never really thought much about who I want to work with. Right now I’m more focused on making a name for myself.

OH!: Do you have advice to people that want to follow a similar path like yours or want to pursue a career in music?

Toy: Advice: Never give up and if an opportunity presents itself, go for it!

OH!: What is your dream/goal for the future?

Toy: Right now I want to put out a couple of singles (eventually an album or mixtape) and to perform. Later, it would be nice to be signed to a major label in the States. Honestly, I would loooooovvvveee to just make good music and travel the world and perform. It is my passion and just doing that makes me happy. I still have a long way to go, but I’m really happy where I am at now. So many people are really afraid to take chances and follow their dream, but I am following my dream . . so in a sense, I’m also living my dream

-Since most of us were introduced to you through Show Me the Money, some of the fans from Show Me the Money want to ask you some questions and I,myself, also am interested in learning more about your experience!

OH!: User Matthew asked if you were attracted to any other contestant (who was your ideal type lol)

Toy: Attracted to another contestant? hahaha hmmmm If I had to chose one, i would say Bobby. He’s a lot younger than me but he is very kind and very free-spirited. He works really hard and is quite humble as well.

OH!: User harmoniously asks what differences do you find in Korean vs English both in flow and lyrical structure. And considering English is your primary language, why Korea and how would you balance her career as your career goes? (fanbase,language of songs)

Toy: Korean rap and English rap are very different. I don’t know what it is exactly, but if you were to ask me and a Korean rapper to write on the same beat, our flow would be completely different. We just hear the beat differently. Not sure exactly how to explain. Also, I think in English, there is a lot more flexibility with switching up sentence structure and what not. English rap also sounds a bit smoother to me. (but that is just my opinion) 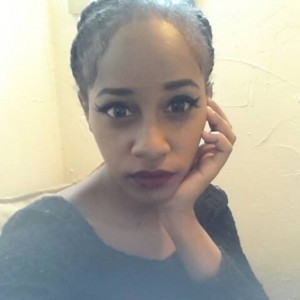 OH!: User DeLaSol wants to know if it was fun to hang out with the 1llionaire team? Who was your favorite contestant/producer?

Toy: Hanging with Illionaire team was just so-so. I have a ton of friends in the industry, so for me it wasn’t really much different from hanging out with any other rapper. I don’t have a favorite contestant or a favorite producer.

OH!: Is there anything you regret being on the show? or if you had to choose another team, which team would you have chosen?

Toy: One thing about me is that I don’t like to live with regrets, so if there is an opportunity, I will take it. Or if there is something I want to say to someone, I will say it. I don’t have any regrets on the show except for not being able to speak Korean fluently, but that comes with time. I don’t think I would choose another team if I had the choice, although I think it might have been fun to be on YDG’s team.

OH!: What was your first impression of the contestants you’ve become friends with as well as the producers? Do you still keep in touch with them?

Toy: Everyone was pretty kind to me hahaha I was the only foreigner on the the show. I think most people were too shy to talk to me, which is understandable because many of the contestants can’t speak English. I still stay in touch with my team member and producers. I’ve known Swings since 2011 and San E since 2012, so I bump into them every now and again.

OH!: How did you feel when you were on stage?

Toy: No stage fright, but I was a little nervous, because doing SMTM 3 was the first time I had to rap only in Korean. So, I was a bit nervous about messing up my lyrics.

OH!: Thank you so much for doing this! We will update our site whenever you release a new song! Please leave one more message for your fans as well as those who will check out your music.

Toy: Thank you everyone for your support! I am working on a ton of music right now, so please be patient with me! Also, if you have a dream, go for it! Be smart about your decisions, but don’t live with regrets! You have one life to live! In everything you do, give it your all and never give up! Also pray! hahaha I’m a Christian, and I believe that one of the reasons I can keep going each day is because of God. Nothing is impossible with God!

Toy isn’t just a pretty woman; she is an individual full of talents. I checked out some of her youtube videos and was amazed at how talented she is. I really love her covers and original song. Not only does she rap well but she sings well too! One of my favorite song by Toy is “Here I Am”. It’s such a beautiful and deep song. I loved her rapping here! I also loved her cover of the Wonder Girls’ Nobody I highly recommend people to check out her!

She is so talented and deserves to be more known! If guys would like to send a supportive message, you can always contact her at her twitter: https://twitter.com/liltoybigseoul