by Darkchao45
in Japanese Entertainment
1

Will you shed “true tears”?

Whenever I heard of the anime True Tears, right next to it, I would always see “This series made me cry so much”. I am a manly man but I do not mind a good cry now and then, so I went and jumped into the world of True Tears with high expectations. Unfortunately, there were little to no tears shed from my eyes, but this series is definitely a good source of drama…

The viewer is brought into what seems a normal setting. A young boy with a passion for art and writing named Shinichiro Nakagami is shown day dreaming romantic thoughts while drawing in his room. The inspiration for his art comes from his feeling towards Hiromi Yuasa. Hiromi is the principal love interest. Both Hiromi and Shinichiro love each other in secret. Since they both live in the same house that complicates matters even more. 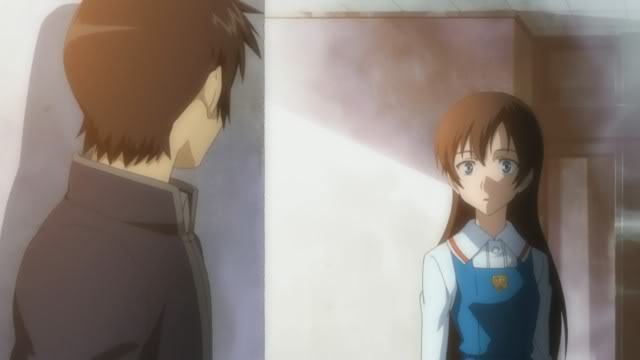 Hiromi is a reserved girl who keeps to herself and avoids attention at home, the main reason being the death of her father some years back, and the cold indifference she receives from Shinichiro’s mother Though the official description does not mention True Tears having harem, it does. Shinichiro is not your typical brash yakuza type, nor is he the wimpy, loser type; he can be somewhat dull at times though. He does however try to avoid romantic contact with women at first, even though he has three after his tail (the bastard). The second girl in the harem is Noe Isurugi. Noe is an oddball with a love for chickens (yes…chickens). She does not fit in your typical extremely polite, angsty, moe, or tsundere archetypes, which gives sort of a mature, novel feeling to the show. Noe is just weird, simple as that. She also provides some nice moments of pure lulz so watch out for that. The last girl in the harem is Aiko “Ai Chain” Andou. Aiko is an old friend of Shinichiro who happens to be dating his best friend Miyokichi Nobuse. At first glance, both Aiko and Nobuse seem to be meant for each other. Both are somewhat ditzy and sometimes short tampered and equally love to give Shinichiro a hard time. The thing is Aiko has romantic feelings for Shinichiro. When Nobuse finds out, he begins a game of denial that adds more drama to this series…

The world of True tears is one filled with angst. Just about every character has their share of pain and secrets they want hidden. From old to young, every one of the main characters is connected to a certain level. Decisions are based on the relationships each person has with one another and tensions builds up. The series itself is drama based. It feels like each of the main characters hide a huge secret waiting to be exposed. The secrets themselves are the source for most of the drama. 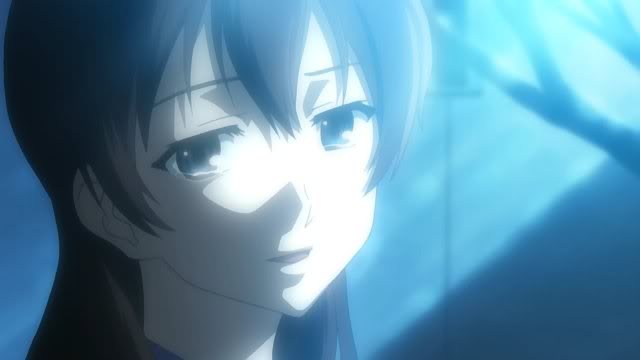 There is some comedy here and there nothing crazy though. The people who produce the lulz are usually Noe, Nobuse, and Ai. I remember laughing at some of the conversations these characters had, they are full of pure lulz. Along with comedy, we have some romance. The romance itself is not heavy or lovey dovey. You certainly feel the romantic emotions when they are presented, but at times, I felt like it was unnecessary. For me the tension really grabs you. Certain situations provoke the oddest reactions in you. The relationship portrayed between Hiromi and Shinichiro’s mother is rather disturbing at times. No doubt, you will be asking and telling yourself a million things when you see them interact. Another example is the relationship between Noe and her brother Jun. All I will say is expect a sister complex thrown at you as soon as you see Jun interact with Noe, then again its rather obvious at first glance.

Moving onto the animation, True Tears is on top of its game. Normally in anime with less than 24 episodes the animation starts to lag after the first half of the show, this is not the case here. The animation is consistent. Beautiful backgrounds along with beautifully drawn characters give this series another stamp of approval. At times I felt like I was a watching a movie or an OVA simply because the art is that good. The fluidity of the character movements, the detailed shadows on the face of the characters as they speak, the camera angles used to illustrate certain key aspects such as the 3D walking scene; everything adds up little by little and before you know it you will find yourself having a hard time reverting back to watching lower quality anime. The soundtrack was great. The OP & ED are both personal favorites of mine.

For each setting, there was a great piece of musical score ready to go along. Mood is important for this anime, and the music creates the best dramatic and romantic moods I have felt in a while.

“So far you have been praising this series. It can’t be perfect?” You sir/madam are correct. True Tears has its share problems. Some of the conversations, thoughts, and feelings, though dramatic, seem unrealistic. I find it hard to believe some of the things I read can ever be applied to real life in any form for a show like True Tears, which has a setting that is supposed to be very realistic. Concepts such as someone’s “true tears” or “choosing to fly or not” just seem a bit overly symbolic and unnecessary. In addition, you would expect a series named True Tears would make you cry or something of the sort, but I felt no such emotion. The most I felt were some moments of welling up. The ending of the series also left some loose ends…

If you can get past the negative, you will be taken for a very dramatic ride.