Tzuyu vs China? A Controversy

by norikiyoo
in Editorials, Korean Entertainment
5

2016. 15 days in and we already started off with a big bang, no pun intended. TWICE’s Tzuyu has been in a swirl of nothing but controversy. From her sexualization in CF’s to simply holding a flag, here’s a quick informal as to what happened. 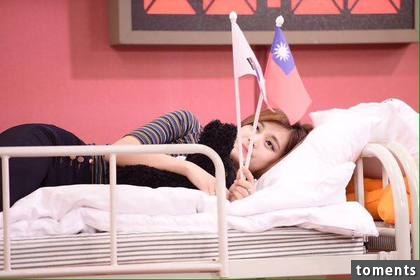 Tzuyu was on ‘A look at myself’ with Jackson. She identifies herself as Taiwan, and Jackson adds in China-Taiwan. But the MC cut in straight after Jackson said that and Tzuyu did not get a chance to express if she agreed to that.

Huang An took to his Weibo account saying Tzuyu is a Taiwan independent supporter, as she held a Taiwan flag on My Little Television, also she always says she is from Taiwan and when MC/colleagues add in China-Taiwan she doesn’t acknowledge it.

Huang An is from Taiwan but he does not support Taiwan being independent. He’s a singer with 2 million followers on Weibo, he isn’t that influential. It’s just that with the upcoming elections China’s government has come down hard and stated that anyone that supports Taiwan being an independent nation should not be allowed to appear on public media. Which is why when Huang An digs out people, there are a lot of people supporting his views.

This issue has escalated really quickly in the last 2 days resulting in:

As a result of this, netizens in China are now voicing for all JYP artists to be banned from China.

Hi everyone, I have something to say to everyone.

Hi everyone, I am Chou Tzuyu. Sorry, I should have came out and apologized earlier. Because I didn’t know how to face the current situation, I have been afraid to face everyone directly, so I’m only speaking out now. There is only one China. The two shores are one. I feel proud being a Chinese. I, as a Chinese, have hurt the company and netizens’ emotions due to my words and actions during overseas promotions. I feel very, very sorry and guilty. I have decided to halt all current activities in China in order to reflect seriously. Again, I apologize to everyone. Sorry.

JYP’s Statement On Weibo In Regards To The Tzuyu Situation

“Recently, there have been various malicious rumors circulating on the internet concerning one of our artists, Chou Tzuyu. With regard to this, we are deeply regretful.
JYPE is an multi-cultural company. We have always tried to encourage and further Sino-Korea cross-cultural interaction. Our company (including Tzuyu) have never engaged in political debate and have never taken a stance regarding Chinese territorial issues.
Furthermore, Tzuyu, the victim of these malicious rumors, is merely a 16 year old girl. She has yet to form a solid political opinion regarding Chinese territorial issues, given her age and lack of experience.
Because of the above-mentioned malicious rumors, JYPE’s everyday operations in China have been negatively affected. The longstanding cordial relationship that we have had with China has been greatly inconvenienced.
To remedy this situation, our company has decided to temporarily withdraw Tzuyu from all China-related promotional activities, until the truth regarding this matter is finally revealed.”

Huang An Once Again Talking About Tzuyu

I personally believe that this is nothing short of outrageous, and to be completely honest Huang An is the epitome of an outrageous, absurd hypocrite.

The fact that she has to apologize to these people for holding a flag, a flag of where she’s from is HUMILIATING in itself, and “controversies” like this should never, ever be considered anything but a joke. JYP should let this blow over but judging by how things are at the moment..I highly doubt that.

I sincerely hope Tzuyu finds courage and wholeheartedly strength in all of this madness.

Jinni of the girl group NMIXX will leave the group and terminate the exclusive contract with the agency JYP Entertainment. On the 9th, the agency JYP ent. announced through an official statement, “Jinni, who has been with us as...