二代目 (“Nidaime”) in English literally means “Second Generation”, making the group’s full translated name “Second Generation J(apan) Soul Brothers”. That’s obviously way too long to be saying all the time, and most fans tend to shorten the name to “2JSB” or simply “二代目” (“Nidaime”) when referring to the group.

The original J Soul Brothers was an idea ZOO member HIRO had in 1991. However, he was not able to find other members for the group until 1999. The members of J Soul Brothers were MATSU, USA, MAKIDAI, vocalist SASA, and HIRO himself. The group only lasted two years, merging into EXILE when vocalist SASA quit the group to pursue a solo career.

Then in 2007, HIRO announced before EXILE’s tour that J Soul Brothers would be revived with brand new members. EXILE Vocal Battle Audition finalists NESMITH and SHOKICHI were chosen as the new vocalists, while KENCHI, KEIJI, and TETSUYA were added as performers. Three months later, the group was presented as a seven member unit, adding performers NAOTO and NAOKI to the lineup.

Nidaime J Soul Brothers officially debuted on May 7th, 2008 with the indie single “WE!” The single included the b-side “J.S.B. is Back”. Former J Soul Brothers member and EXILE leader HIRO appears briefly at the beginning of the music video. 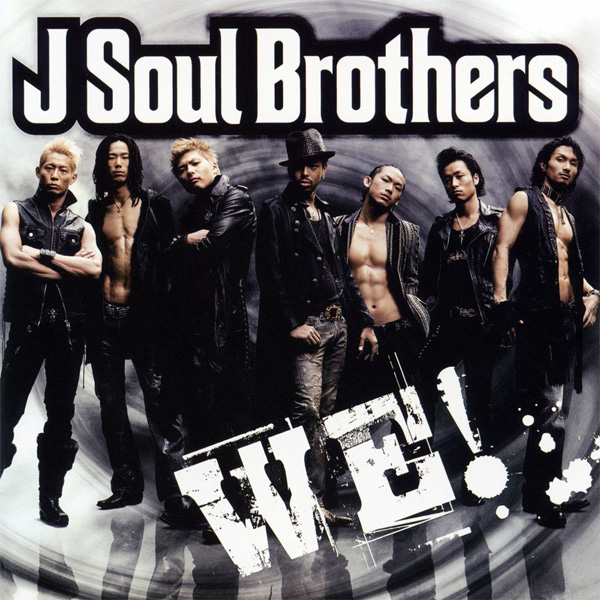 Unlike their later counterpart Sandaime J Soul Brothers (“Third Generation J Soul Brothers”)–whose overall style is more romantic, graceful, and often dream-like–Nidaime is direct, charismatic, and powerful. This shows up in not only their lyrics, but their music and dance style as well. Both vocalists are also trained in dance, further setting them apart from EXILE and Sandaime.

FREAKOUT!
(Lyrics and Composition by: STY)

You prefer groups that mainly focus on dance music and high energy performances. If you’re looking for a group that is focused on slower songs, Sandaime J Soul Brothers is probably more your style.

Unfortunately, the second generation of J Soul Brothers lasted about as long as the first. After releasing four singles and their debut album J Soul Brothers in February of 2009, it was announced that J Soul Brothers would be put on hiatus and the members would be merging with EXILE. The hiatus was short-lived, as a year later, it was announced that the group would once again be renewed with new members. NAOTO and NAOKI were appointed as the leaders of the third generation of J Soul Brothers, two new vocalists Imaichi Ryuji and Toosaka Hiroomi were chosen from auditions, and Yamashita Kenjiro, Iwata Takanori, and ELLY were added as the new performers.

As of today, the remaining members of Nidaime are an active part of EXILE. In July of 2013, they made a return as a group under the name THE SECOND from EXILE with the single “THINK ‘BOUT IT”. The song was used as the theme song for the slasher film “Aku no Kyouten” (“Lesson of Evil”) starring Hideaki Ito. The single debuted at #2, taking the overall #2 spot for the entire week with sales of 106,161.

Vocalist SHOKICHI also made his solo debut in 2014 under the name “EXILE SHOKICHI” with the single “BACK TO THE FUTURE” featuring Verbal (m-flo) and the indie rapper SWAY. The single included the b-side tracks “THE ANTHEM”, “Enrai” (“Distant Thunder”), and  “HELLO”. SHOKICHI wrote/co-wrote all lyrics on the single, and composed “HELLO”.

BACK TO THE FUTURE
(Composed by: SIRIUS, BIG-F / Lyrics by: SHOKICHI, VERBAL (m-flo), SWAY

If you have any requests for Japanese artists you’d like to see featured, please leave your requests here! You may also leave suggestions in the comments.